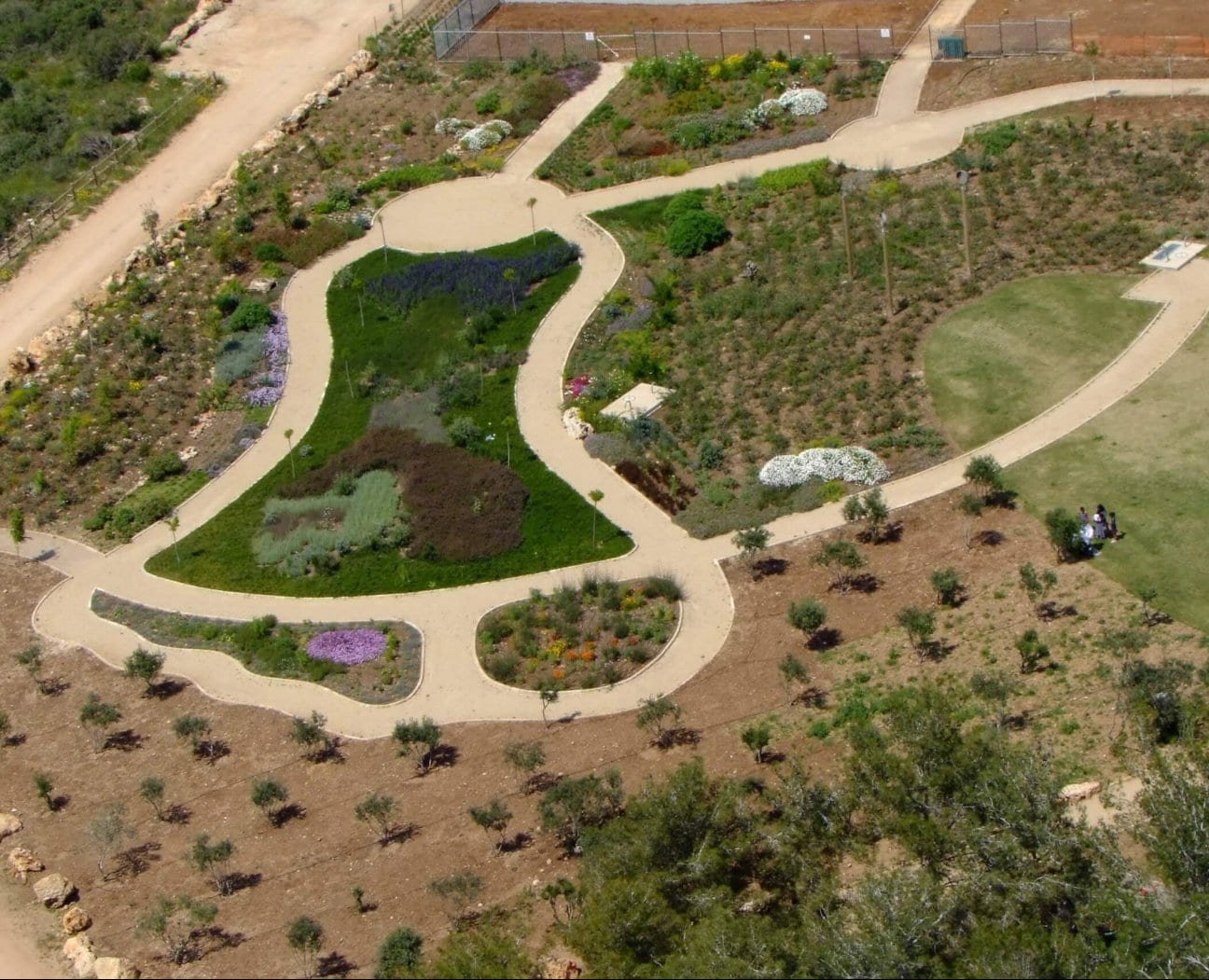 Within the foot and outside of it is a colorful mixture of vegetation that attracts butterflies: nectar in the flowers, and leaves as a place for laying eggs and as food for the larvae (caterpillars). Besides the enjoyment and beauty provided by the butterflies, they are used as a biological indicator that reflects changes occurring within ecosystems.
Fringed rue, for example, is a medicinal plant with a controversial fragrance among humans; however for the Old World swallowtail it is a safe refuge for rearing its larvae. It turns out that most of the plants in the crucifer family are used as hosts for the Large white, while during a shortage, leaves of the garden nasturtium will suffice. But don’t worry, the larvae won’t start nibbling leaves in the nearby shrubbery. Even scutch grass, considered by most to be a ‘weed’, is the preferred host for one butterfly: the female Large wall brown lays her eggs on it.
The Footprint Garden also includes plants that attract birds, such as: Buddleia (butterfly bush), Hibiscus and Lantana, which breathe life into the garden.
The Footprint Garden strives to show visitors the importance of a range of organisms, both large and small, each one with its role in the overall web of life. Besides conservation of biodiversity, the garden conveys an important social message of integrating different people into the community. The garden is cared for by the green fingers of people with disabilities, who are part of the gardening staff at Ramat Hanadiv.
As a technological complement, the plumbing of the geothermic cooling system was dug beneath this garden, and the pipes may be seen through a window to the soil’s depths.
All of these carry an important message for the future:

Our actions today determine the ecological stamp we leave for future generations; it’s best that we leave colorful, carefree footprints of flowers and butterflies… 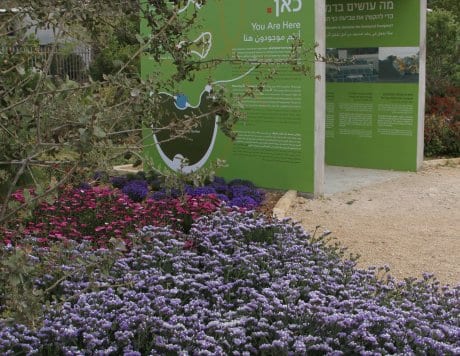 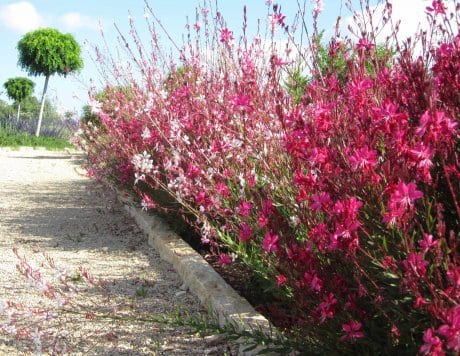 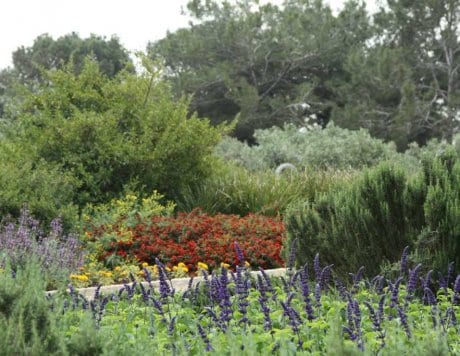