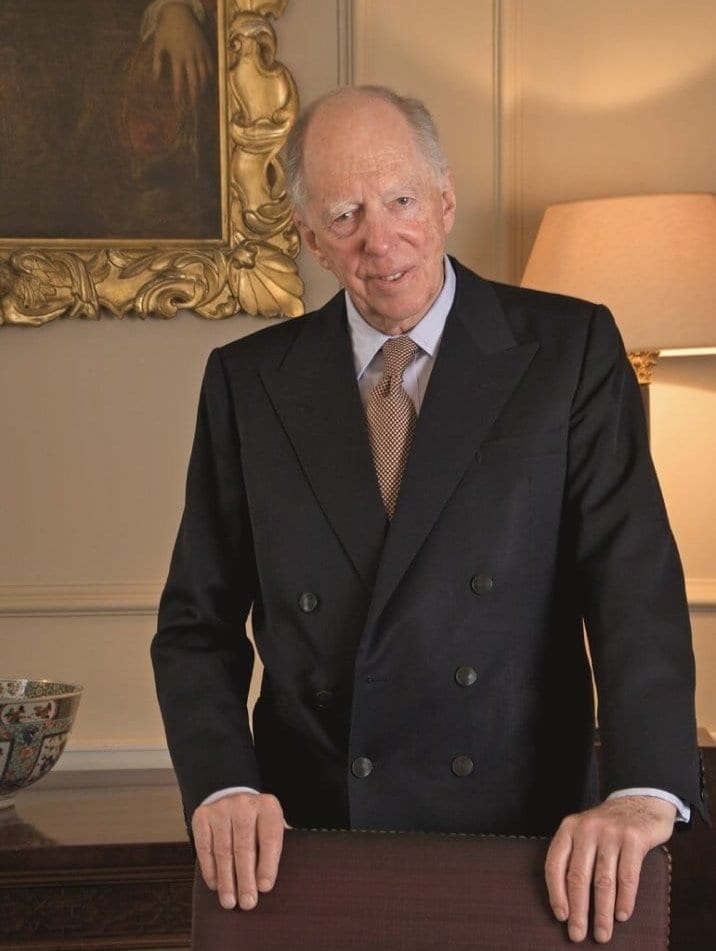 Lord Nathaniel Charles Jacob Rothschild was born into the English branch of the Rothschild Family in 1936.

Lord Jacob Rothschild served as Chair of Yad Hanadiv from 1989 until 2018. He currently serves as the Foundation’s President.
In 2018, Lord Rothschild’s daughter, the Hon. Hannah Rothschild, assumed the role of Chair of Yad Hanadiv -a philanthropic foundation dedicated to creating resources for advancing Israel as a vibrant, democratic society, committed to Jewish values and equal opportunity for all its inhabitants.