Balfour in the Gardens 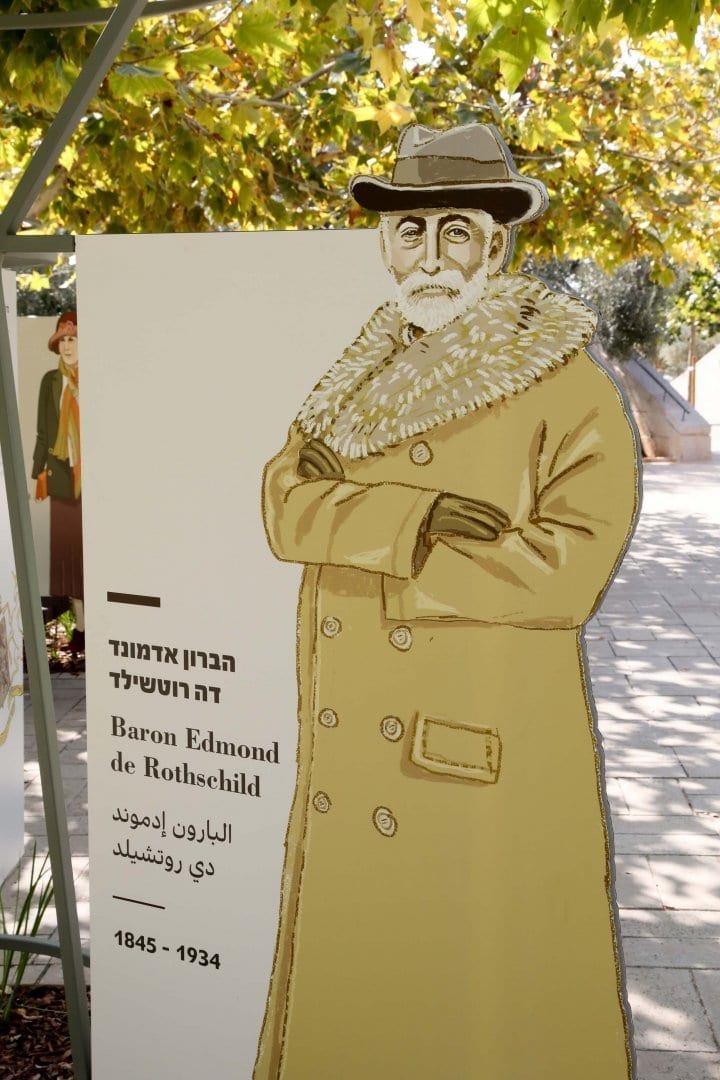 A little piece of history at Ramat Hanadiv – a unique exhibition to commemorate 100 years since the Balfour Declaration
The year 2017 marks 100 years since the Balfour Declaration, and Ramat Hanadiv is commemorating the event with a unique exhibition located at the entrance to the gardens.
The Balfour Declaration was the first show of support by the British Government for the establishment of a national home for the Jewish people in Palestine. This was an unprecedented diplomatic achievement by the World Zionist Organization and a crucial step in the establishment of the State of Israel.
The Rothschild family played an active role in the promotion of the Balfour Declaration – Dorothy de Rothschild, the wife of James de Rothschild, and the daughter-in-law of the Baron Edmond de Rothschild, played a significant role in the effort to obtain the Balfour Declaration. She was active in The Zionist Movement and connected to the Zionist leader Chaim Weizman, who was a leading figure in the effort to promote and publicize the document by the British Government, eventually becoming the first President of the State of Israel. The declaration was transferred to the hands of Lord Lionel Walter Rothschild, who was a member of the British Parliament and a fervent supporter of The Zionist Movement, and he transferred it to the World Zionist Organization.
Through photos, sketches and text, the exhibition presents the prominent figures who stood behind the political effort to promote the declaration.
Cecilia Vites from Kasher Visual Communication is responsible for the design. illustrator: Rony Malitz.
The public is welcome to visit the gardens and absorb some of the historical moments from the early years of Zionism.

To view the Exhibition – for Best quality viewing, please save the file on your computer 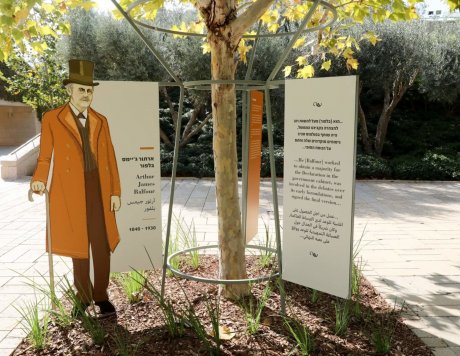 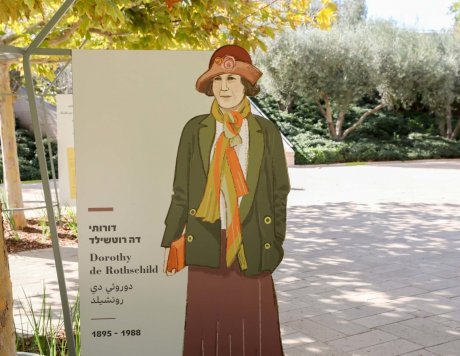 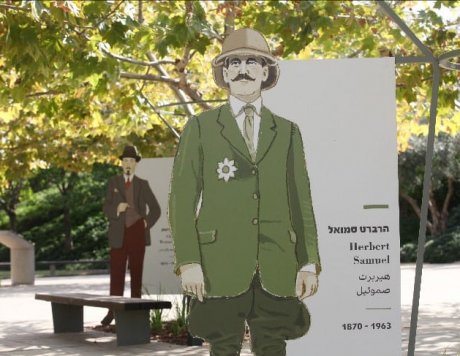