The Start of the Baron’s Activities in Eretz Israel 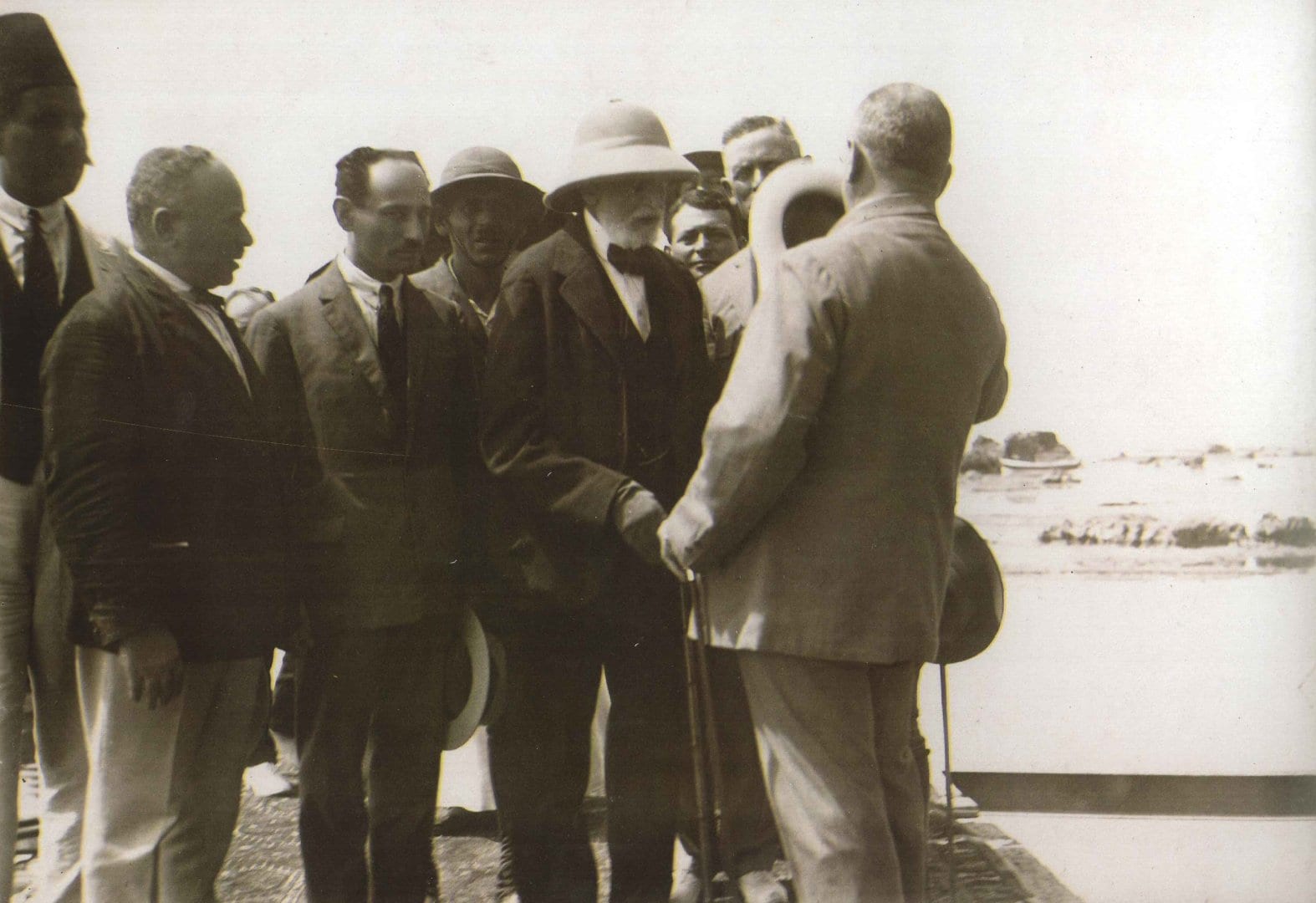 At the end of 1882, Baron Edmond de Rothschild met in Paris Rabbi Shmuel Mohliver, among the first members of the Hibbat Zion movement. Together with Yechiel Brill, the editor/publisher of the Hebrew newspaper Halevanon, Mohliver had developed a plan to set up an agricultural colony in Eretz Israel.
According to the plan, ten experienced farm workers from the Russian village of Pavaluka were chosen to be trained at the agricultural school Mikveh Israel, and only after they proved themselves would they build a permanent settlement. The land for it was purchased with the help of a loan from the Baron. At the end of the farmers’ training period, on 7 November 1883, they moved to the designated site and ploughed their first furrows. The representative of the Rishon le-Zion settlers, Yosef Feinberg, appealed to the Baron for financial help to dig the settlement’s first well, support poverty-stricken families, and hire an ‘agronomist’ (horticultural expert) for professional guidance.

The Baron agreed to help, and in November 1882 he sent the agronomist DeGur Justine from Mikveh Israel, the agricultural training school, to consult with the settlers. He also gave the colony 30,000 German franks in aid, while requesting that they not announce his name publicly, and promised to extend additional support on the condition that they absorb 10-15 more families into the colony.
Subsequently, Rabbi Tzadok Hacohen turned to the Baron for assistance for the residents of Zmarin, which would eventually become Zichron Ya’akov. The Baron agreed, becoming the patron of this colony too.