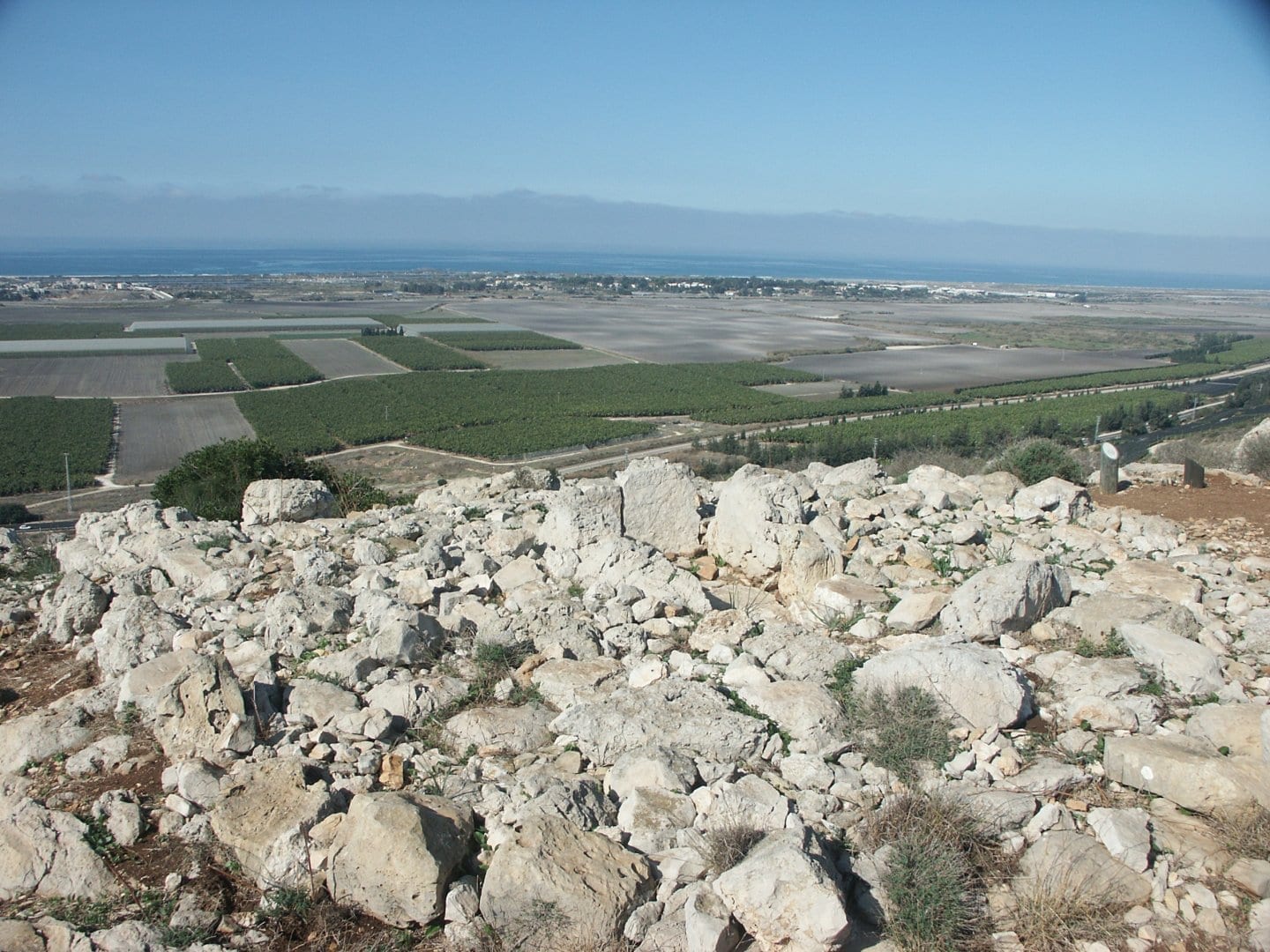 The tumulus field at Ramat Hanadiv is dated to the Early Bronze Age, 3600–2000 BCE, and is located on the stony southern slope above Hotem River. Its western end touches the cliff of Mt. Carmel and it provides a spectacular view towards the coastal plain and Hanadiv Valley.

The tumulus field site was discovered in spring 1989, during a detailed survey of Ramat Hanadiv. At this site 40 burial tumuli and accompanying structures were discovered, scattered over an area that is 400 m long and 250 m wide. The phenomenon of burial in round stone structures characterises the marginal regions of Israel from the Late Neolithic Period until the Bronze Age. In burial field research it is customary to relate the method of individual burial in tumuli to groups that conducted a nomadic or semi-nomadic way of life, and the presence of the graves on the margins of settlement is in line with this assumption.

The burial tumuli at this site can be classified into a few sub-types, but they all have a number of common features: each grave comprises a circular stone of 4-9 m diameter, with a rectangular burial chamber at its centre. The space between the peripheral circle and the chamber is built as a low tumulus of earth and stone. The state of preservation varies between graves: some of them are well-preserved while others have been damaged by natural erosion or partly dismantled by humans, probably when this cemetery was still in use.

Only nine tumuli actually contained findings, first and foremost bone remains, indicating their function. Other findings included beads, a bone pendant, a copper dagger and two club-heads, one made of haematite and the other made of magnetite. In grave 724, a limestone flywheel and a copper bit from a small bow drill indicate the profession of the buried.

More broadly, the tumulus field melds well into an ever clearer picture of the social mosaic in the Land of Israel at the end of the Early Bronze Age. The tumuli at Ramat Hanadiv present a merging of building styles that prevailed in Israel during this period: the rough stone tumuli in the south of Israel and the dolmens along the Jordan Valley and in the hilly regions along both of its banks.