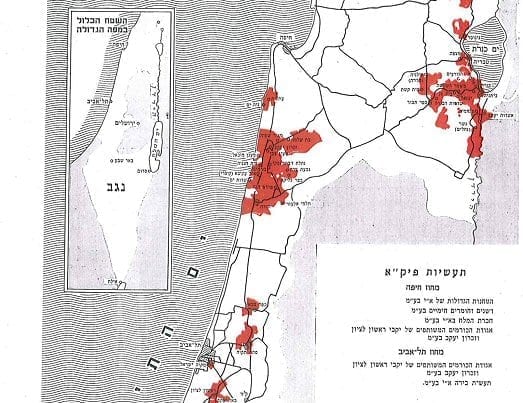 Establishment of Pica and  draining of the Kabara Swamps

When the British Mandate was installed in Eretz Israel, the Baron understood that there was a reason for concern regarding not only the establishment of new settlements but also general development of the Yishuv. Thus in 1924 the Baron created PICA and appointed as its first president his son James de Rothschild, who had already proven his skills and his love of Israel.

PICA engaged in the development of infrastructure, manufacturing, and industrial agriculture, with the understanding that the introduction of innovative technologies would encourage industrial development. This in turn would make use of local resources and  reduce dependence on products from abroad. Already at the start of the 1920s, the Baron extended credit to developers and industries. Individuals and groups interested in investing in the land and its development were given mentoring and interest-free loans.

PICA’s first project was draining the Kabara swamps at the southern edge of the Carmel range after receiving the grounds as a concession from the British government. This was an enormous and highly significant initiative that took more than a decade to complete. It went a long way towards eliminating malaria and transformed the hitherto useless land into arable agricultural fields.  Some 50 colonies were established under the auspices and with the ongoing assistance of PICA.