Much evidence from recent years indicates that populations of flying insects in general and bees in particular are declining significantly. A German study reported a 75% decrease in the total biomass of flying insects between 1990 and 2015. The reasons for this worrying phenomenon are not clear, but it appears that the bee crisis stems from a combination of several factors: climate change, fragmentation and destruction of the habitats that serve as foraging territory and a source of nectar and pollen, increased use of chemical pesticides, environmental pollution, pests and disease vectors and more. 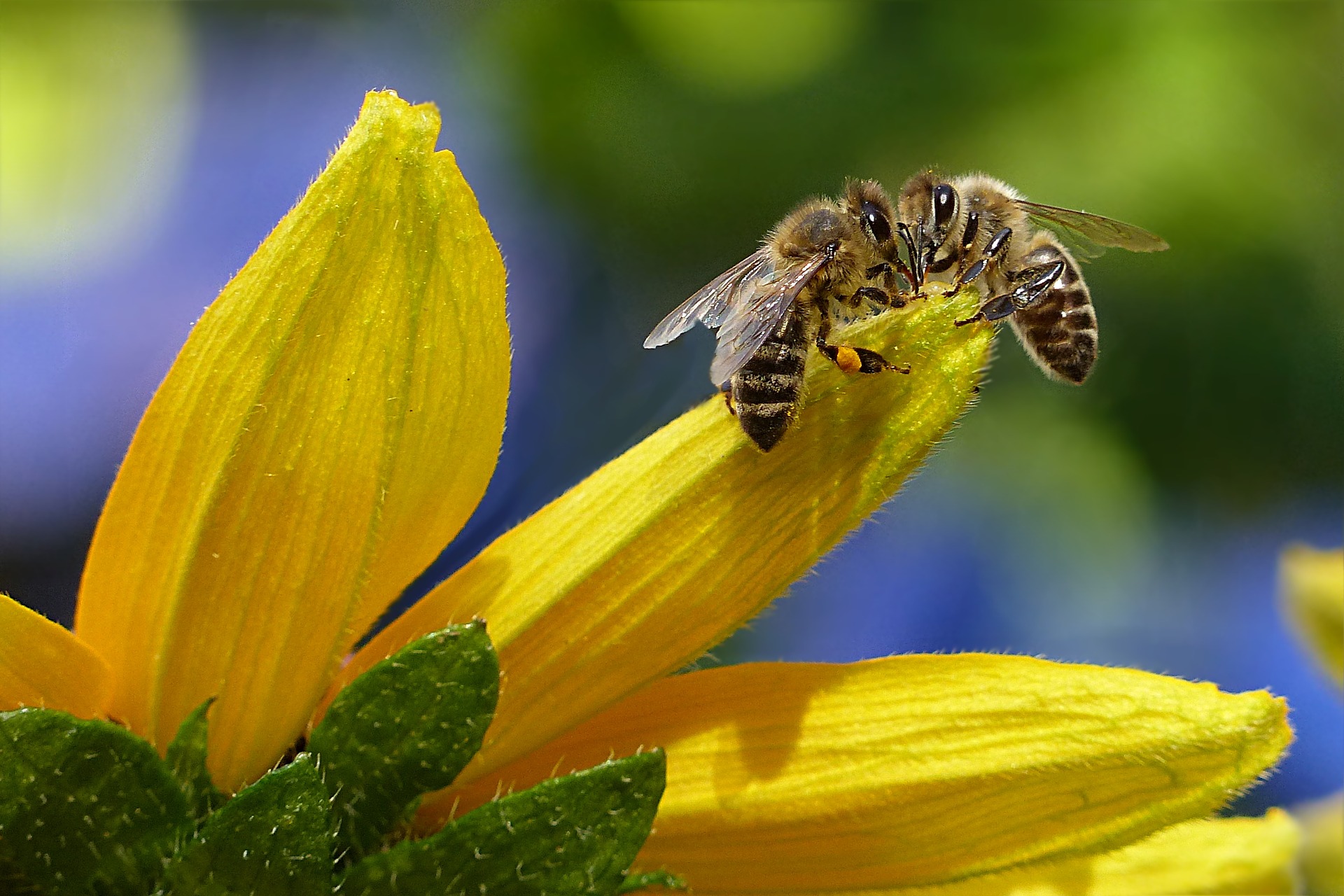 Bees are highly important as pollinators of plants in general (about 80% of wild plants are known to be bee-pollinated) and of agricultural crops in particular. While the honey bee is the main pollinator of most agricultural crops, honey bees and wild bees share the pollination of wild plants in open landscapes. Under conditions of dwindling food sources, a high density of honey bees may lead to a lack of nectar and pollen for wild bee species.

The bee most familiar to us is the honey bee. The honey bee has been known in agriculture in our region for thousands of years. Today, it barely survives in nature. The honey bees that we encounter in open landscapes are of agricultural origin. Besides honey bees, there are 20,000 species of wild bees around the world. Israel is considered to be particularly rich in its diversity of bee species, with more than 1,000 known species of wild bees. Most of these wild bee species are solitary species.

The aims of the study are:

Each habitat was sampled from mid-February to mid-June, twice each month. In each habitat, there are three transects (sampling axes), of 20 m in length each. The Abundance and species richness of bees were sampled for ten minutes along each transect. Bees were documented on camera as much as possible. Representative individuals were collected and identified by experts at the Steinhardt Museum of Natural History. 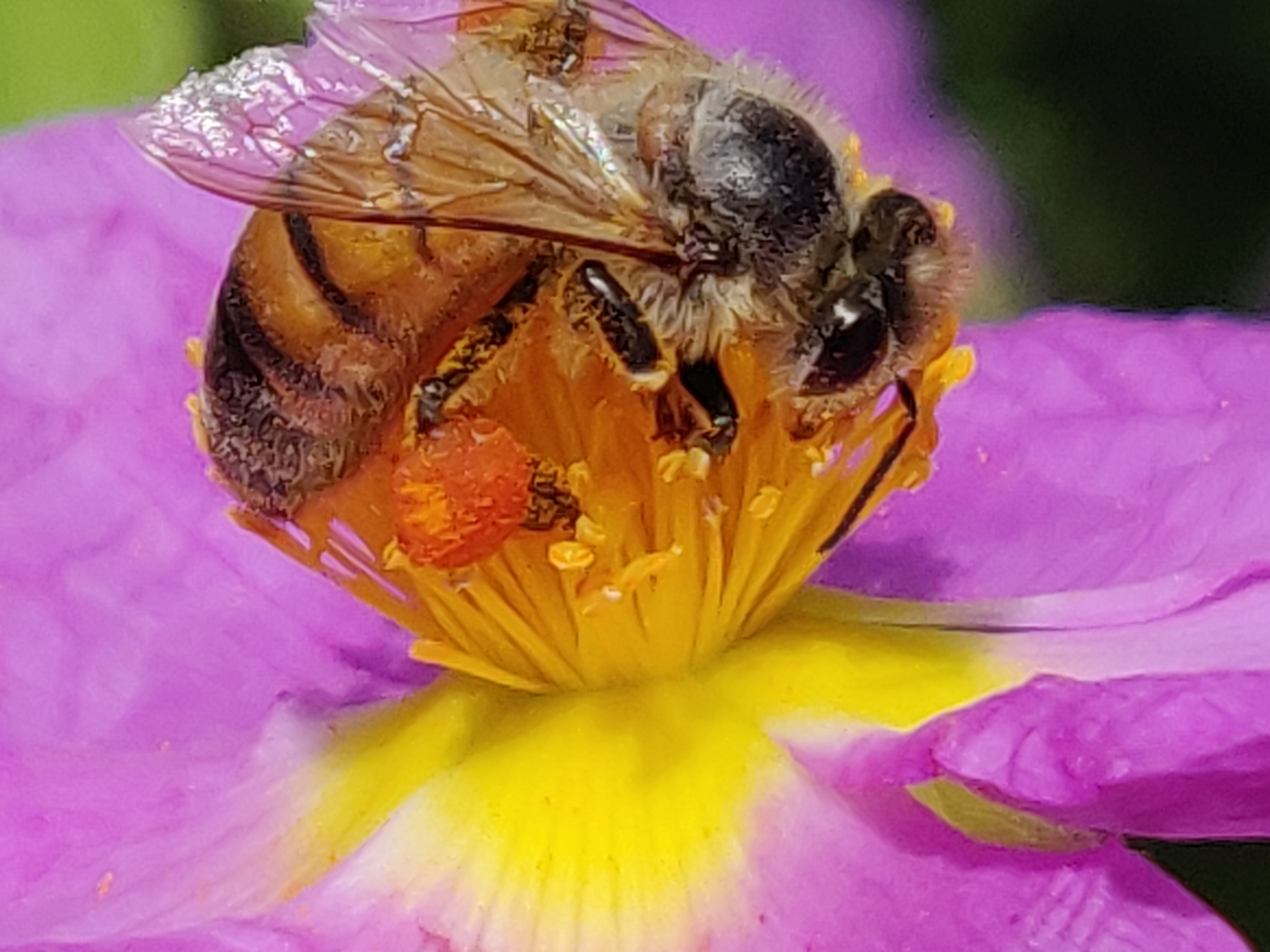 Ramat Hanadiv is characterised by variability in flowering time among the different habitats. In contrast to habitats such as the fuel break zone, in which flowering ends during the second half of March, in other habitats, such as old-fields, flowering continues until May and even early June. Prominent late-flowering plants include Convolvulus species, Daucus species, Ridolfia segetum, Cichorium, and Scolymus maculatus. The variation in flowering period provides diverse centers of activity for winter, spring and summer bee species. The survey revealed that in old-fields, for example, intense, diverse activity of wild bees begins in mid-March. At this time, honey bees are barely active in these areas. A prominent, common, late-spring bee species is Systropha, a bee that specializes in collecting food from species of Convolvulus. A field of Vicia, which was sown in 2020, serves as a large center of activity for thousands of honey bees from beehives located outside Ramat Hanadiv. 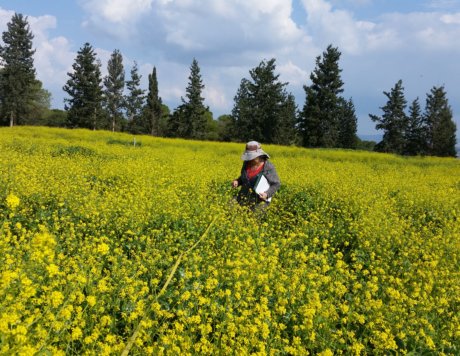 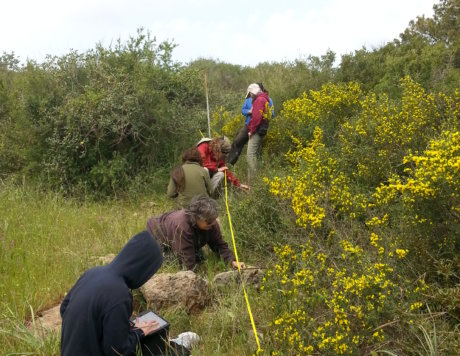 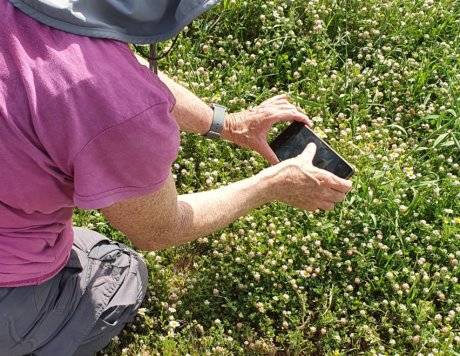