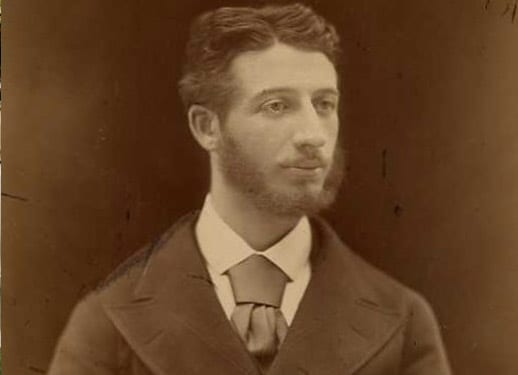 The Baron In Eretz Israel: Five Visits During His Lifetime

The Baron’s first visit to Eretz Israel took place five years after he became engaged in the settlement enterprise. He arrived anonymously on 2 April 1887, sailing with his wife from France to Alexandria, Egypt, where they left their private yacht and boarded the Austrian ship The Lloyd, arriving in Jaffa like ordinary passengers.

However, the newspaper Hamelitz reported the arrival of the Baron and his wife at the Jaffa port: ‘Among many other passengers, a tall thin man was seen, clad in splendid clothes. On his head, from the hills of England, his pale face is surrounded by a small, round beard, and his eyes, like a turquoise spring giving forth deep thoughts, gazed forward toward the East, a moment after the passenger observed the buildings of the city of Jaffa opposite him in the brilliant morning light. Suddenly he turned to a dignified, average-sized woman standing beside him. Time to get down to the fishing boat, he said, Here I am, here I am — she answered him graciously, and from her two full eyes two tears flowed down her smooth cheeks, pure as the eternal skies’. 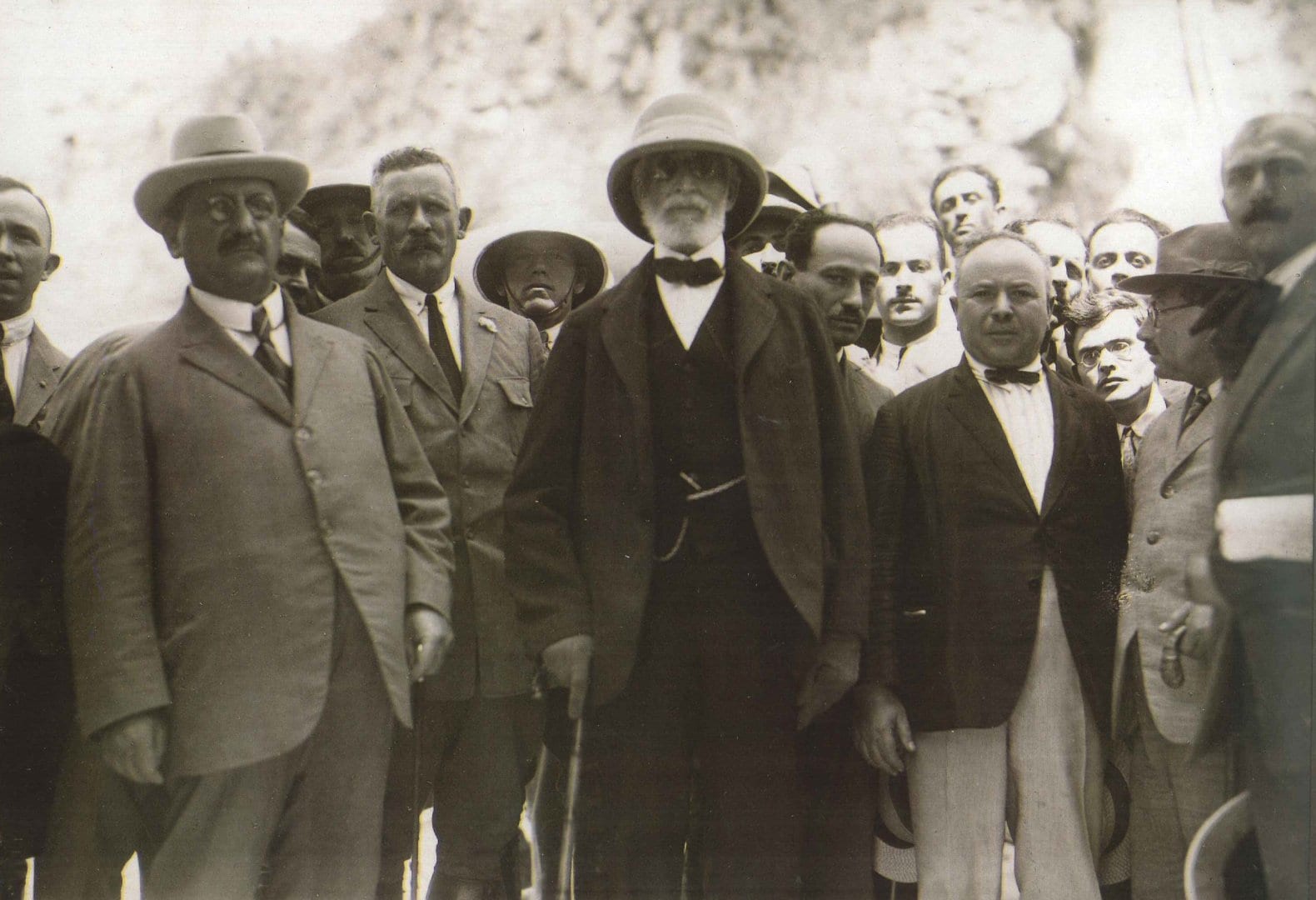 Hence the ‘secret’ of their arrival was revealed immediately. From Jaffa the Rothschilds went first to tour Mikveh Israel, then they mounted their coach to Jerusalem, where their first stop was the Wailing Wall [now known as the Westerng Wall]. Shocked by the crowded conditions and general neglect there, the Baron asked to purchase the area in order to rehabilitate the holy site appropriately and to build new housing. But after the Sephardi rabbi warned him that such a thing might disturb the Moslem population, he changed his mind.
The Rothschilds stayed in the Hotel Kamenitz, and after the Sabbath held a reception for the leading Ashkenazi and Sephardi rabbis. Then they continued their tour of the city,  visited Rachel’s Tomb, and traveled to the colonies of Rishon le-Zion, Mazkeret Batya, Petach Tikva, and Zichron Ya’akov, which the Baron particularly liked. There the farmers held an exciting torchlight parade in his honour, the schoolchildren welcomed  him with glowing faces and Hebrew songs, and even the local Arab sheikhs arrived to pay their respects.

During the eight days the Rothschilds spent  in the colony, the Baron visited homes, took an interest in every detail, and encouraged Torah learning and observance of Jewish obligations (mitzvot). He went on to Rosh PIna, where the marvelous landscape  charmed him, and he expressed his wish to acquire lands in the area, stretching from the Hula ‘lake’ to the Sea of Galilee (Kinneret). When he visited the synagogue and looked out at the Golan Heights, the Hermon and the Sea of Galilee, he instructed his officials to purchase land there, too. Wherever he went, the Baron was warmly and appreciatively welcomed. In his talks he directed the settlers to keep their colonies clean, encouraged the young people to train themselves for settling the land, and reminded all to observe the Torah. This visit bonded him to the land, its landscapes, its people, and to the realization of the Zionist vision. 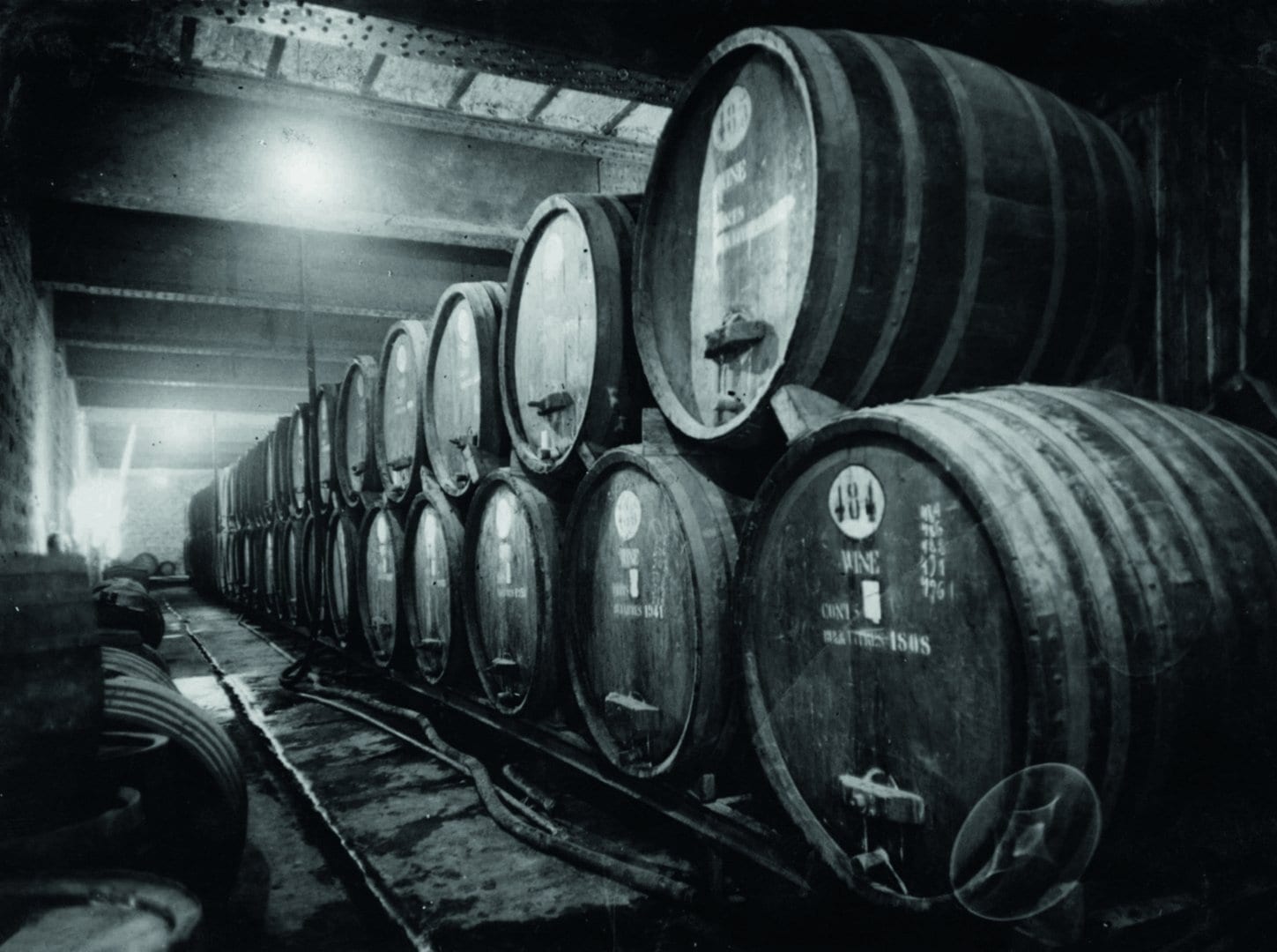 Six years after his first journey to Eretz Israel, on a sailing trip in the Mediterranean, the Baron decided to take an unplanned detour to the land. In a steamship, he anchored at the Haifa port, from there made his way to Tantur for a tour of the glass factory, and then reached his final destination, Zichron Ya’akov, where he was given a warm, impressive reception. In the course of this visit he went out to the fields to see the new plantings and to the vineyards, and he reviewed the accounts of the colony.
On 25 January 1899, the Baron arrived for his third trip to Israel. His boat anchored in the Jaffa port and from there he headed to the colony of Rishon le-Zion. He stopped at the winery, tasted the wine, and announced to the farmers that from that moment onward they would have to take care of themselves. Afterwards he continued to Petach Tikva. The young people of the colony came on horseback to welcome him; at their head was Avraham Shapira, who would one day serve as the Baron’s bodyguard during his visits. Nor did the Baron forgo a short trip to Jerusalem before returning to Jaffa, sailing to Tantura and again visiting Zichron Ya’akov. This trip, apparently, was businesslike and somewhat disappointing. Yerachmiel Halperin, one of the founders of Zichron Ya’akov, wrote in his diary: ‘We had a reception for the Baron, who with the Baroness are in our colony for the third time. They spent several hours at the colony, he visited the synagogue, the winery, the school, the administrative office’.

Fifteen years after his previous visit, the Baron came in 1914 to pluck the fruits of his labour. The colonies were now well established, the agriculture thriving. In thanks, the Baron told the settlers of Zichron Ya’akov:  ‘…Since then and until today, you have done valiantly, you and your children. You have given me much satisfaction’.
At one of the receptions, however, as a children’s choir sang songs in French, he reacted: ‘I’ve heard many French songs in France; here I would be delighted to hear Hebrew songs’.
In 1925, when he was nearing his eighties, the Baron decided to visit Eretz Israel for the fifth time despite his doctors’ advice to the contrary. He wanted to see with his own eyes the realization of his vision, and to see up close the difficulties and the problems that he could help solve during his remaining years. His boat anchored on the coast of Tantur on 10 May 1925, and he proceeded to Zichron Ya’akov and the block of new settlements that had been established in its vicinity. The Jewish Yishuv in general did its utmost to award him all the honour he deserved, aware that this visit was likely to be his last. He died nine years later at the age of 89.