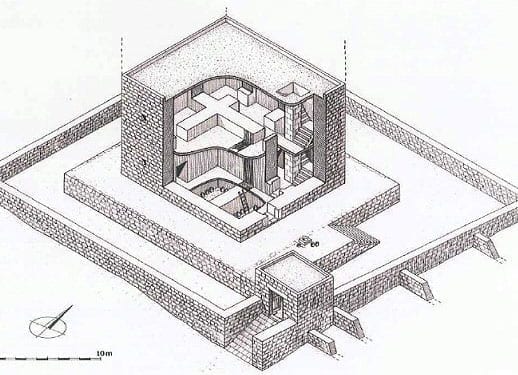 The excavations in Horvat Eleq at Ramat Hanadiv revealed a site surrounded by a wall with square towers at its four corners and additional towers in the centres of the northern, eastern and western walls. The site, which had a central tower in its upper section, was built in a commanding position above Ein Zur spring, and its area to the wall boundaries is 5,000 m2. On the floors exposed next to the wall, and in the filler layers that were excavated beneath them, many clay utensils were found, including Ptolemaic coins, indicating the wall was already standing at the beginning of the Hellenistic Period. The findings also include many finds from the Seleucid Period, and it appears that the site was settled continuously until the end of the Hellenistic Period.