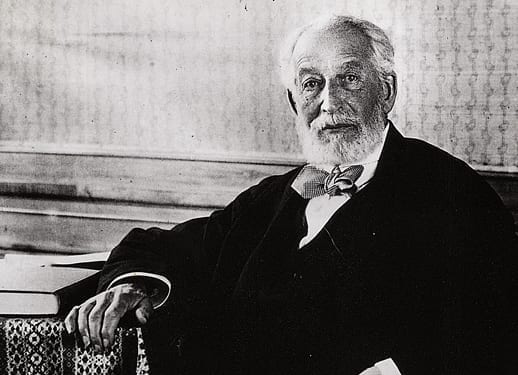 Baron Edmond Binyamin de Rothschild (1845-1934) played a significant role in shaping the fate of the Jewish people and the history of the Yishuv (the pre-State Jewish settlement in Eretz Israel). He was the third son of James (Ya’akov) and Betty (Batya) Rothschild, who headed the Paris branch of the family.
Edmond received a traditional Jewish education in addition to his general, universalist schooling. He was known as an art lover and, among other things, created a valuable collection of drawings and prints, which was ultimately acquired by the Louvre. In 1868, at the age of 23, he joined the family business, and at 32 married his cousin Adelheid (Ada), who fully shared his endeavours and his vision. Like his parents, Edmond was active in charitable works for the Jewish community. His support of the Yishuv began in the 1880s and became his life’s work, filling most of his following years.
At the time of his initial involvement, the first Jewish colonies established in Eretz Israel by the Hovevei Zion movement were in a state of financial collapse. Their representatives turned to the Baron for urgent assistance to save the pioneers on the land. Edmond agreed to fund all the expenses of the colonies Rishon le-Zion, Zichron Ya’akov, and Rosh Pina; he also sponsored Mazkeret Batya (Ekron) and aided other settlements that were not directly under his auspices. 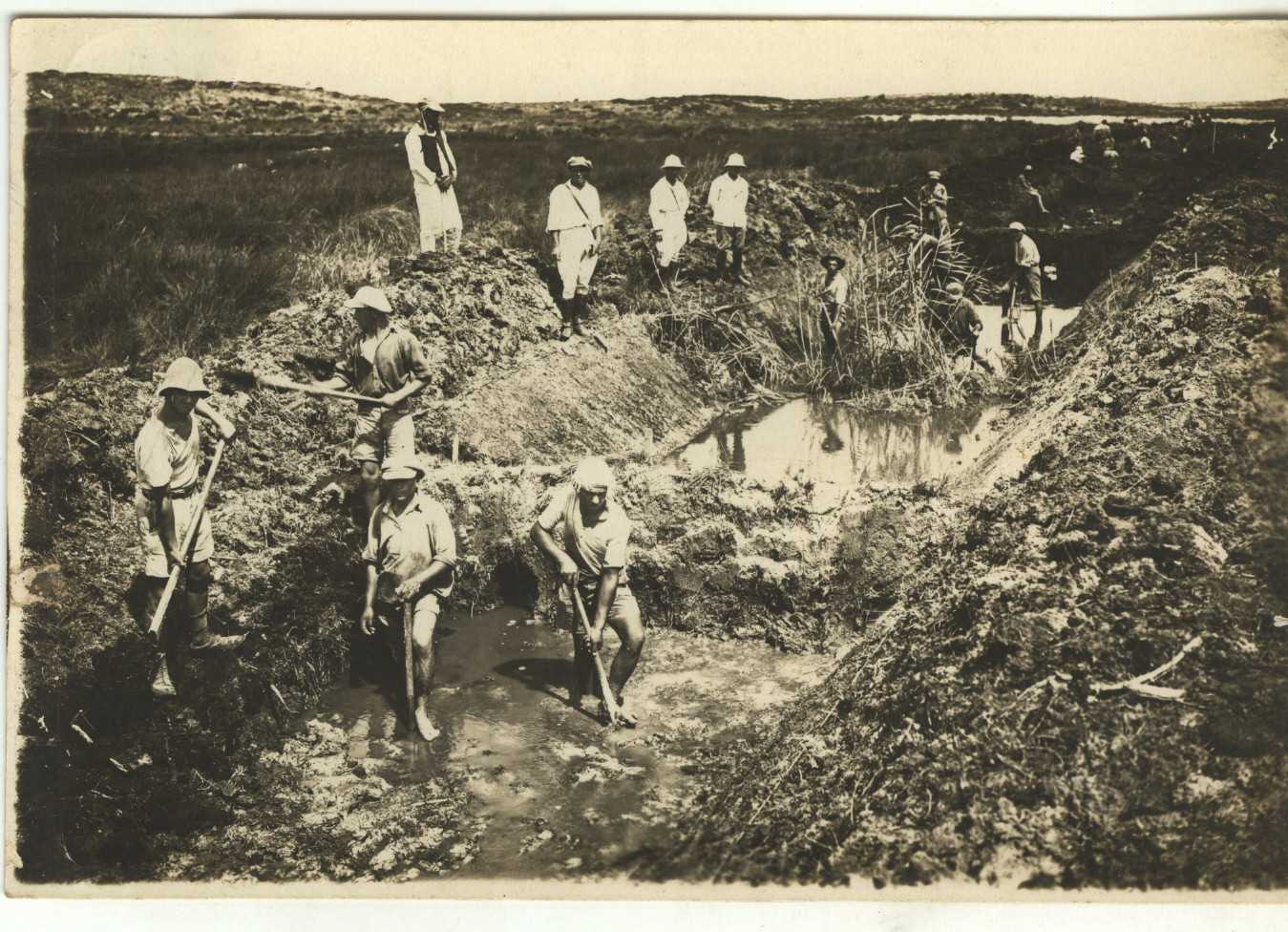 The determination  and faith of the pioneering settlers captured the Baron’s imagination and his heart. ‘Not because of your poverty did I support you and take you under my wing’, he declared to the farmers of Zichron Ya’akov during his visit to the colony in 1893, ‘but due to your passion to work and live in the Holy Land, and to live in accordance with the spirit of the Torah…
‘Throughout the years, Baron Edmond de Rothschild acquired vast tracts of land in the Yishuv. He extended his sponsorship of the colonies and sent European agricultural experts to assist them. Forty-four colonies were established and financed under the  auspices of the Baron and his descendants, from Metulla in the north to Mazkeret Batya in the south; kibbutzim, moshavim and moshavot, and towns. Some of these bear the names of Rothschild family members: Zichron Ya’akov, named for the Baron’s father James (Ya’akov); Mazkeret Batya, commemorating his mother Betty (Batya), and Givat Ada, in honour of his wife Adelheid (Ada).
In addition to the agricultural settlements, the Baron left his signature on the Yishuv’s early industrial development.

With his and his family’s support, the Yishuv’s first manufacturing and infrastructure enterprises were established, among them wineries, agricultural firms, and even the first power plants. The two wineries he built, in Rishon le-Zion and Zichron Ya’akov, were among the world’s largest at the time. He invested enormous amounts of energy and financial resources in the development of industry and infrastructure in the Yishuv, convinced that this would lead ultimately to independence for the growing Jewish community. 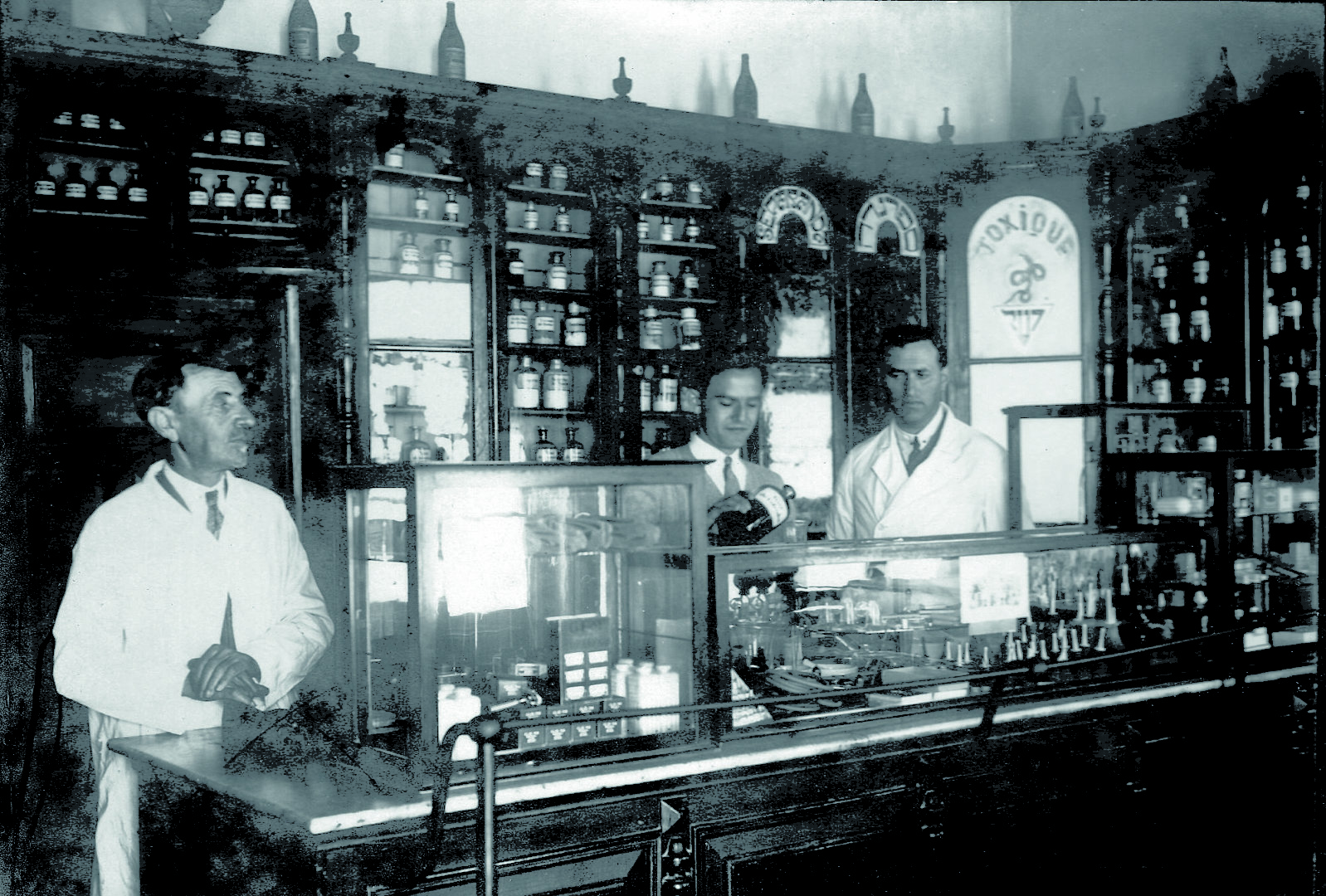 Nor was the health of the pioneer farmers neglected by the Baron and his  representatives. The Yishuv was plagued at the time by mosquito-ridden swamps and poor hygienic conditions. Malaria was rife. The Baron and his representatives set out to eradicate the source of the disease by draining the swamps, a project that took many years; simultaneously they created special clinics to care for the many malaria victims.
Other fields excited the Baron’s imagination as well, and he extended his generosity to them: education, religion, and the Hebrew language. He encouraged the pioneers to maintain their attachment to Judaism in their own ways. “Religious yearning is a principle among Jews,” he told them. “Only a sense of religion can unite all parts of the people… You were the first to show the way of agriculture to those who will follow you. It is your obligation to show them the way of the Jewish heart.”
Hence the Baron established synagogues and schools that encouraged the use of the Hebrew language. ‘I have heard many French poems in France’, he noted on one occasion.’Here [in the Land of Israel] I will be delighted to hear Hebrew poetry’.

During the World War I period, he grew closer to the Zionist movement and gave it his support. In 1924 he established the Palestine Jewish Colonization Association (PICA) to manage the acquisition of land in the Yishuv, and appointed his son James its president. In recognition of his efforts, the Baron was made Honorary Chairman of the Jewish Agency for Israel in 1929. 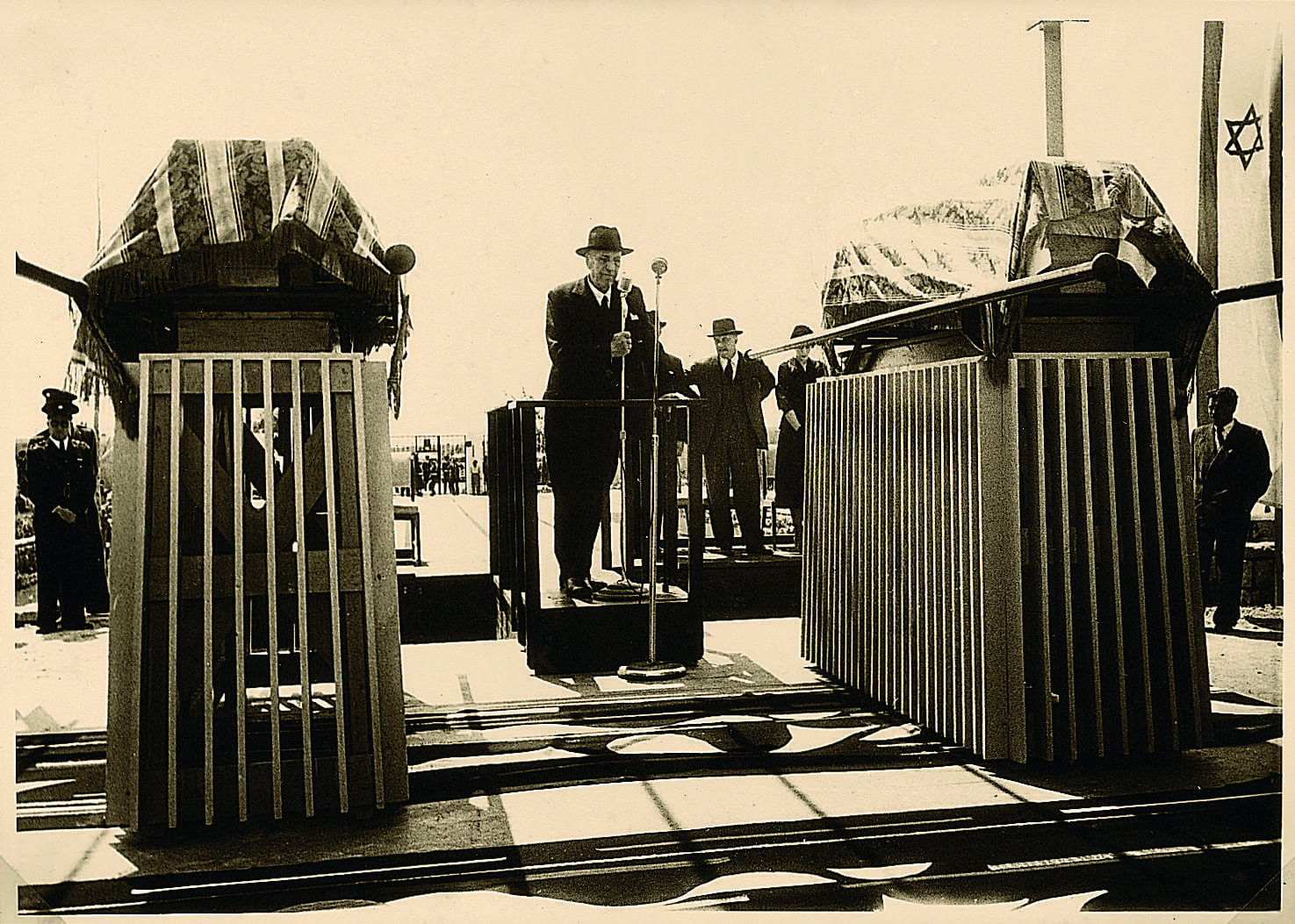 Baron Edmond de Rothschild lived a long life; he died in 1934 at the age of 89. His passing plunged the Yishuv and the entire Jewish world into mourning. His wife, Baroness Adelheid de Rothschild, had been his full and active partner, accompanying him on each of his five visits to Eretz Israel. She herself initiated a variety of philanthropic projects in the Yishuv and founded the Institute for Jewish Youth in Paris. She died in 1935, just a few months after her husband, and was buried alongside him. Twenty years later, on 6 April 1954, their remains were brought to Israel aboard a naval vessel of the young State of Israel, and they were reinterred in a state funeral at Ramat Hanadiv between the two settlements named for the Baron and his father respectively — Binyamina and Zichron Ya’akov.
David Ben Gurion, Israel’s first prime minister, eulogized the Baron with these words: ‘I doubt that in the entire history of the Jewish people in the Diaspora, a period of 2000 years, one could ever find a man comparable in stature to the incredible figure that was the Baron Edmond de Rothschild – the build of the Jewish Yishuv in our renewed homeland’.