Why Doesn’t the Gazelle Cross the Road?Behind the Scenes with Wildlife

Why Doesn’t the Gazelle Cross the Road? On Habitat Fragmentation, Connectivity and Ecological Corridors

“A Palestine mountain gazelle, an Indian crested porcupine and a golden jackal tried to cross the road…”

This could be the beginning of a joke, but in the regional reality, the logical scenario is that at least one of them will be hit by a travelling vehicle or train at close range, while the other two will become extinct at Ramat Hanadiv within a few decades. 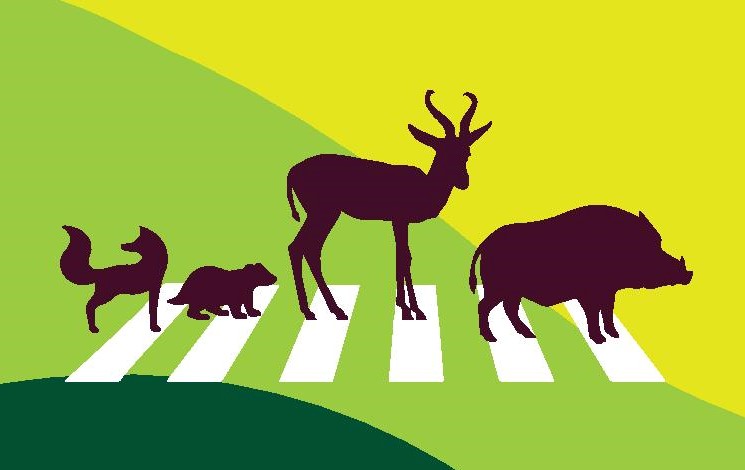 Ramat Hanadiv serves as a natural living space for many wild animals, some more familiar, such as the gazelle, porcupine and jackal, and some more timid, such as the badger and the roe deer. This living space, or habitat, provides these species with a physical space as well as food, protection (shelter or refuge) and mates for reproduction.

Just like many other natural habitats in Israel, Ramat Hanadiv suffers from spatial fragmentation, namely, separation and isolation from the natural landscapes surrounding it, by human settlements, roads and railway tracks, which hinder the movement of wildlife in their search for new mates.

When animals can move freely in space, and individuals of one group meet mates from a neighbouring group, healthy genetic transfer occurs, maintaining the genetic resilience of that same local population. Interruption of the connectivity between natural areas creates isolated 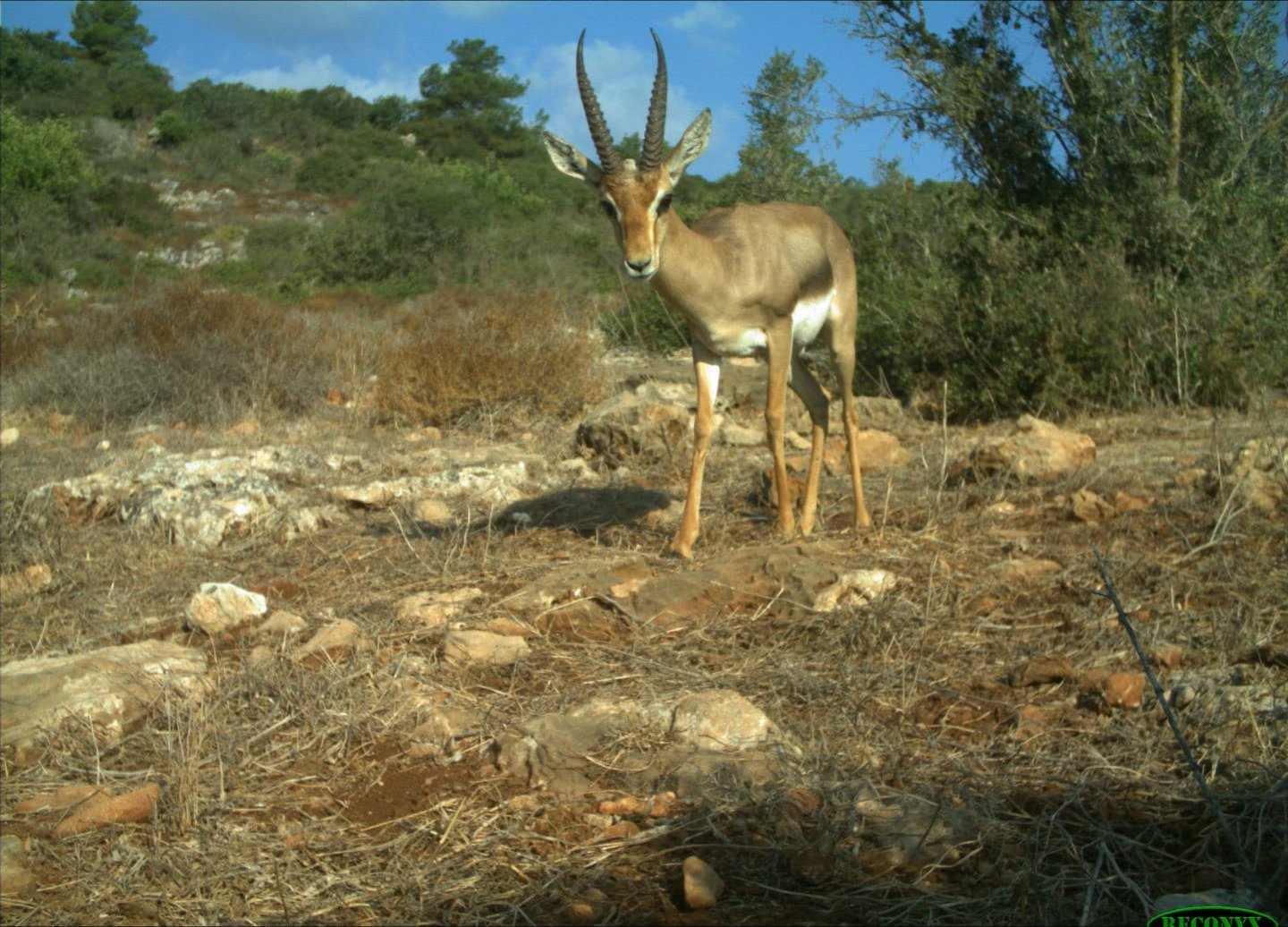 populations characterised by mating between closely-related individuals, resulting in a decrease in the genetic diversity of the population. Genetic diversity plays an important role in the species’ ability to survive and adapt to a changing environment.

Low genetic diversity harms the reproductive fitness of the population, due to a decreased birth rate, high mortality of progeny, genetic diseases and other problems.

Ecological corridors are designed to partly compensate for the interruption to connectivity by allocating a suitable natural area which will serve as a passageway between one natural area and another, and increase the chances of movement of individuals between groups and of genetic transfer. We must remember that ecological corridors do not completely solve all the problems of fragmentation, but can certainly make the difference between a population sentenced to local extinction and a sustainable population.

When animals can move freely in space, and individuals of one group meet mates from a neighbouring group, healthy genetic transfer occurs 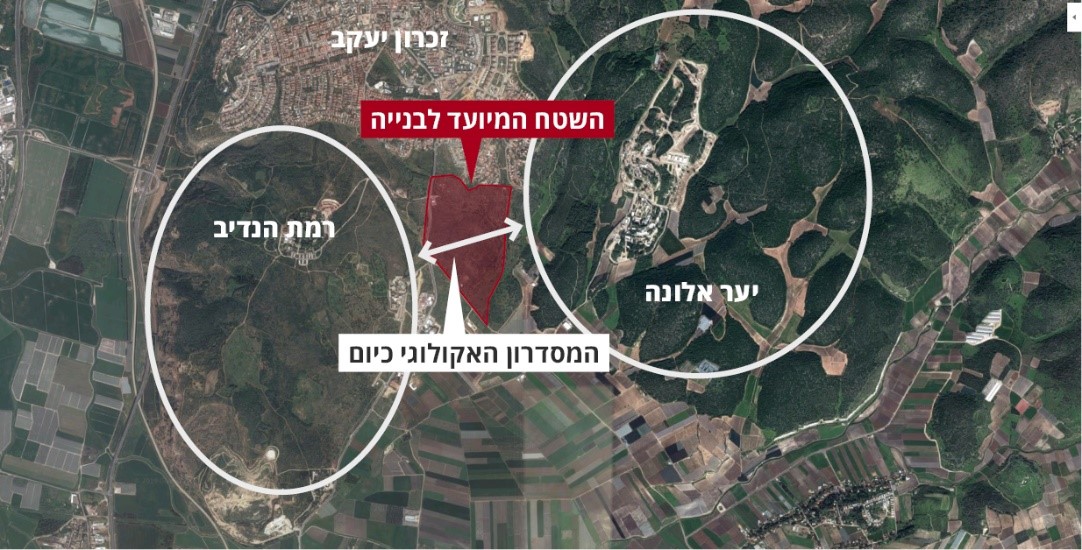 The findings of the study, which was conducted in collaboration with ecologists and researchers from the Dutch company, Alterra, indicated that only three of the nine species selected for the model will continue to exist over the long term at Ramat Hanadiv, under a realist scenario of habitat fragmentation as a result of the planned development on lands belonging to Zikhron Ya’akov and Binyamina, to the east of Ramat Hanadiv.

According to the results of the model, the first ones to suffer from the consequences of fragmentation are large mammals, such as the Palestine mountain gazelle, and even more so, the roe deer, which previously went extinct – the few individuals of this species that wander around here today are individuals that were reintroduced to nature (or their progeny).

In the light of this prediction, it is important to take clear steps to 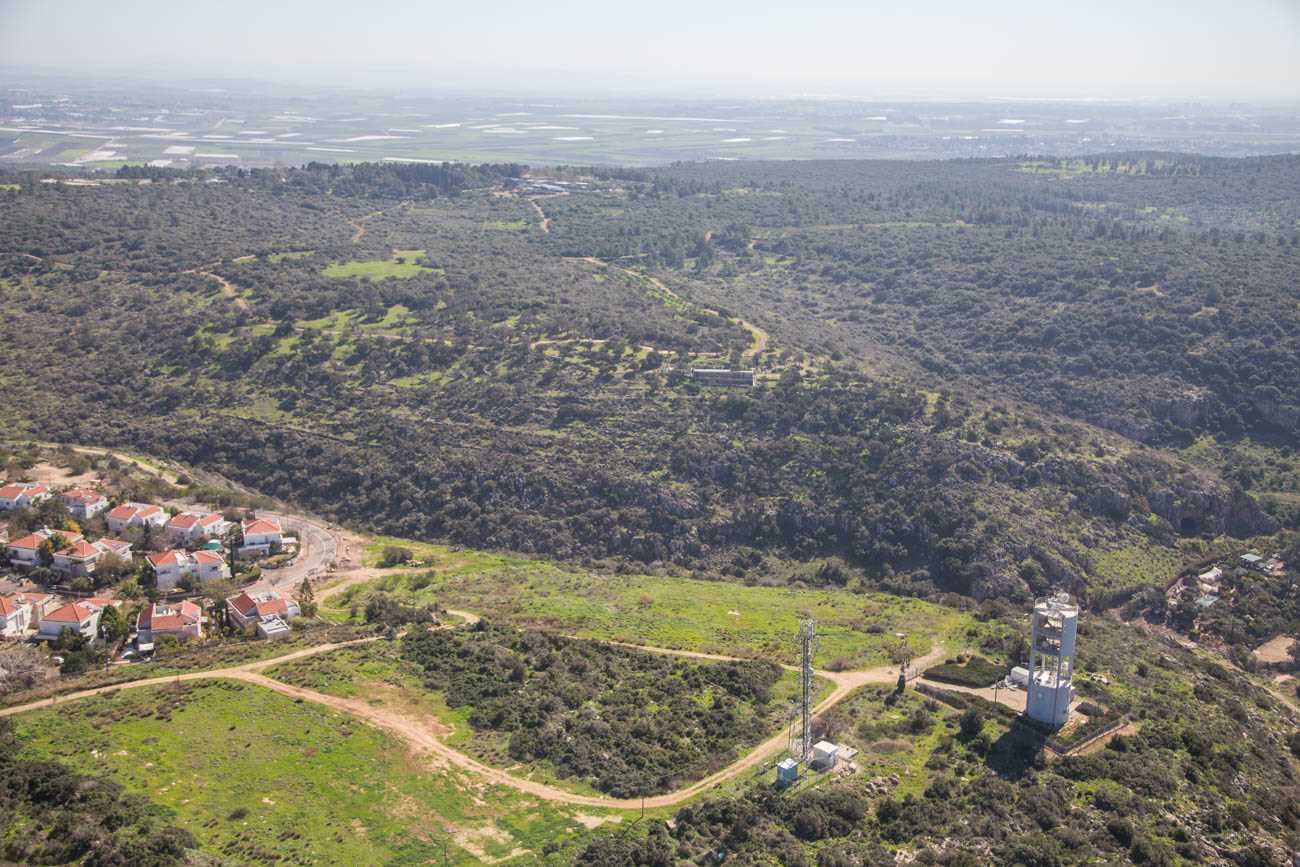 compensate for the damage caused by fragmentation of the habitat of the Palestine mountain gazelle and the roe deer, and thus probably also facilitate the protection of additional populations of wild animals who make their home at Ramat Hanadiv. To ensure that the ecological corridors do enable movement of gazelles and other wildlife, we must locate the active movement routes currently used by wild animals. Moreover, to make sure that these areas will be used as life lines by populations of wild animals in the Nature Park, the planned corridors should resemble the natural habitat and be wide enough to allow safe passage, as well as being easy to find.

The spatial analysis of the model indicated that the most suitable location for planning such a corridor is north-east of Ramat Hanadiv, between the Carmel industrial zone (land belonging to Binyamina) and the land earmarked for the Park Hayai’n neighbourhood (land belonging to Zikhron Ya’akov), thus connecting Ramat Hanadiv with Alona Hills and Mt. Horshan. 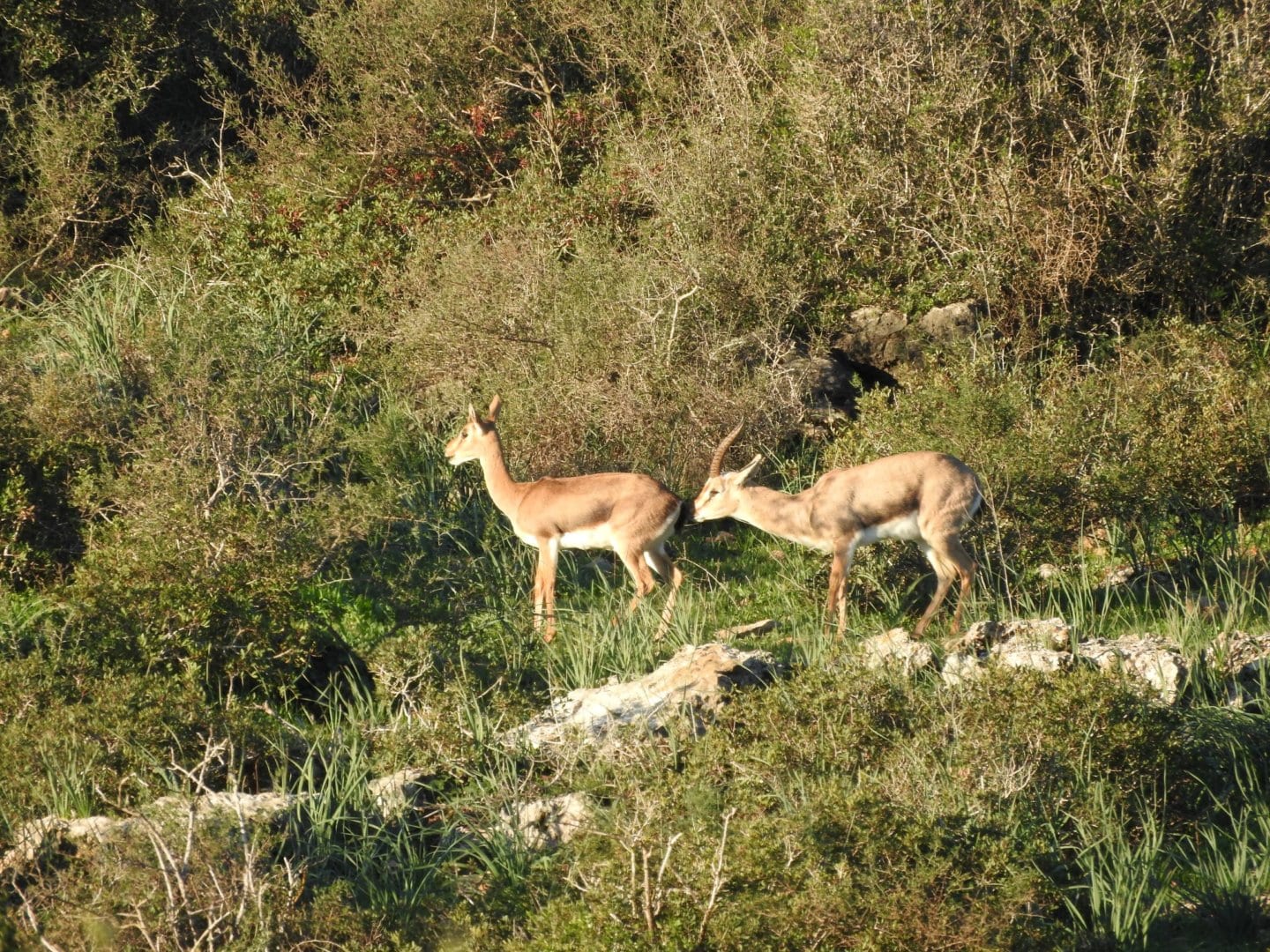 Considering the length of the planned corridor (ca. 800 m), its width must be no less than 150–200 m. Moreover, the corridor requires regularisation of a functional passageway that allows safe crossing of route 652 which connects Zikhron Ya’akov and Binyamina.

After investing considerable efforts in community involvement, publicity in the community and educational activities in schools, holding  long meetings with the regional planning committee and the local committee, planning, and replanning, and of course, much good will from most partners, an underpass was set up to allow wild animals to cross the road safely. Furthermore, understandings and agreements were achieved between Ramat Hanadiv, the council heads and the planning bodies, to relinquish a strip of open landscape that already serves as an active movement route for gazelles and other wildlife. Nevertheless, as these words are written, several physical and bureaucratic barriers still remain to be overcome in the process of setting up a sufficiently wide and suitable ecological corridor to ensure that future generations will also be able to enjoy the sight of a herd of gazelles cavorting in the green landscape nearby.