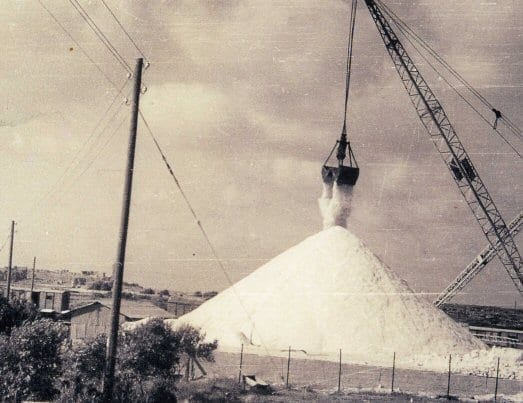 The Salt factoty in Atlit

The Salt Company in the Yishuv was founded in 1921, part of a cooperative arrangement between the Baron and the Israel Lands Association regarding the state land that was leased to PICA. The establishment of the factory was meant to achieve two goals: first, to manufacture salt, a critical product for the residents of the land; and second, it was believed that the creation of evaporation ponds on the seashore would prevent the spread of the swamps and thereby eliminate the threat of malaria there.