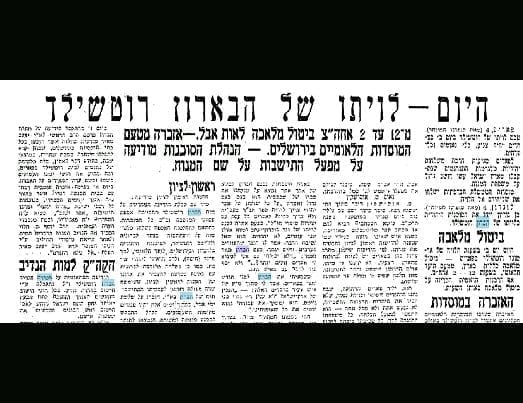 The Passing of the Baron

Privileged to live a long life, Baron Edmond de Rothschild died on 2 November 1934 at the age of 89. Until his last days he was engaged in every aspect of life in Eretz Israel, in the Jewish Yishuv, and in ‘his’ colonies. On Saturday, 3 November 1934, word of his death spread throughout the land, and mourning descended upon its settlements, colonies and towns. The next day, the headlines of all three large newspapers blared the news.

The Baron was buried in Paris. During the funeral, all work in the Yishuv ceased for two hours.