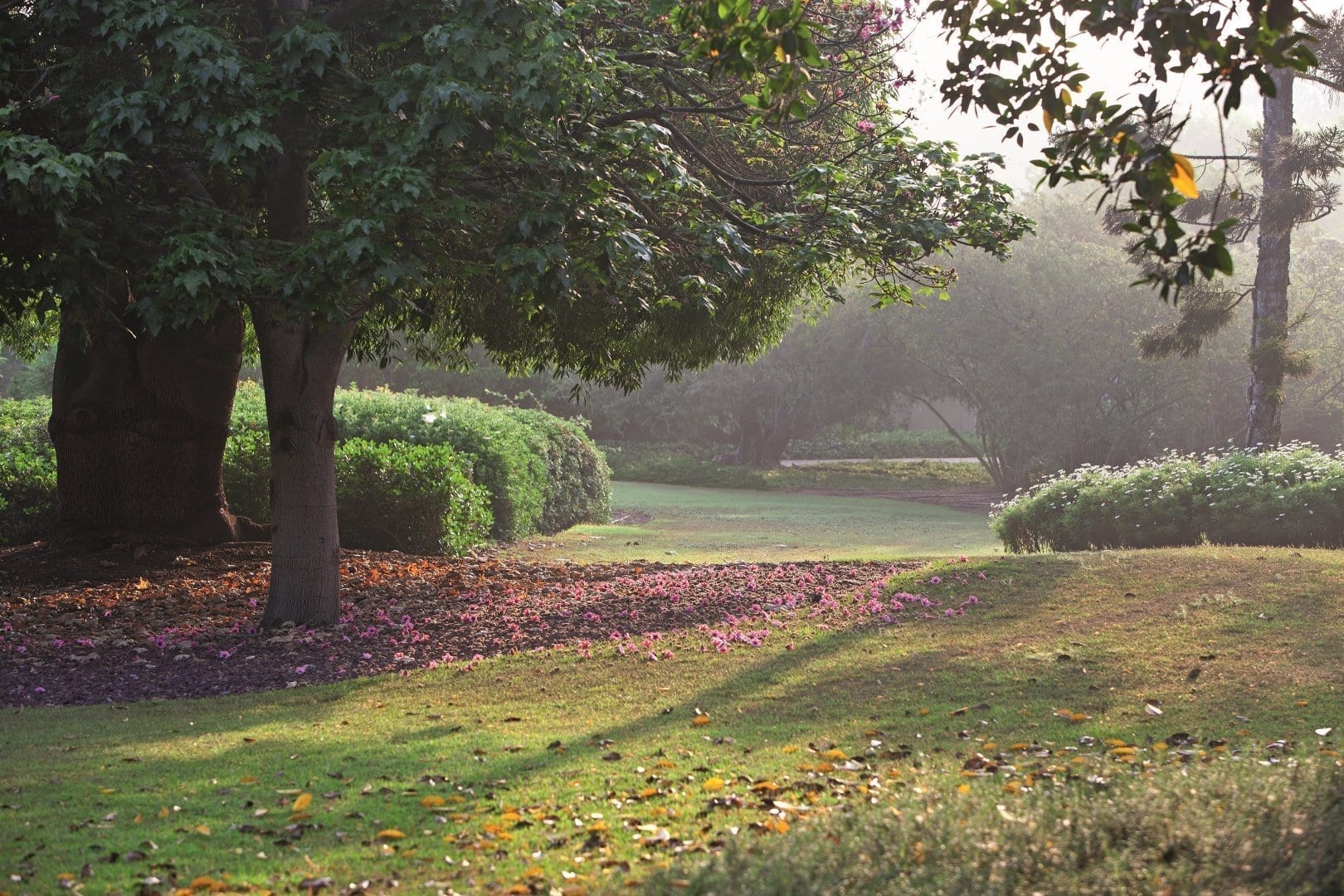 On his fourth visit to the Land of Israel in February of 1914, Baron Edmond de Rothschild toured the southern end of the Carmel hills and expressed his desire to be buried ‘in the rock’. His Will included specific instructions that he be buried in what was then called Palestine. Baron de Rothschild passed away on 30th November 1934 in his chateau, Boulogne-sur-Seine, in France. Both the Baron and his wife, Adelaide, who passed away on 29th December, 1935, were temporarily laid to rest in the Pere Lachaise Cemetery in Paris.
In 1936, Mr. James de Rothschild initiated the establishment of the gardens in their present form, as a natural memorial to his parents. The hill known as Umm-el-Aleq was selected for the Gardens, due to its attractive location and its dominant position overlooking the Rothschild settlements of the Samarian plain to the east and the Mediterranean coast to the west. Fourteen of Israel’s leading architects were invited to submit designs for the memorial. They were challenged to design a simple, dignified crypt, hewn from the rock and surrounded by a beautiful garden and park, where flowers would be in bloom at all times of the year. The design submitted by Uriel (Otto) Schiller was selected, and landscape architect Shlomo Weinberg (Oren) was chosen to plan the Gardens.
Work on the Memorial Gardens commenced in 1938, but wartime conditions prevented any significant progress. Following the establishment of the State of Israel in 1948, plans were finalized and efforts were resumed. The Israeli construction firm Solel Boneh was hired as the main contractor. Only Israeli stone and building materials were used. The statuary in the Gardens was designed by Rhoda and Israel Traub. The Gardens were completed in 1954, and arrangements were made for the reinterment of the Baron and Baroness. As required by Israeli law, the name of the memorial site was changed from Umm-el-Aleq to Ramat Hanadiv, or ‘the plateau of the Benefactor’.
<< Return to previous page