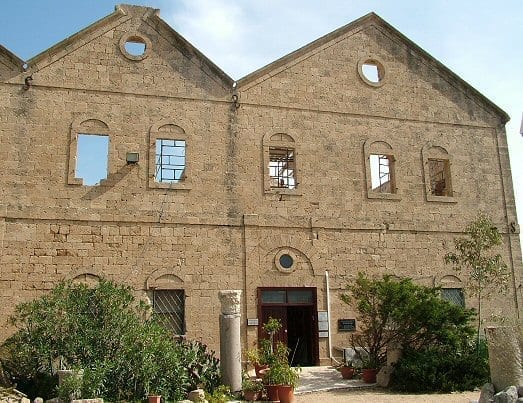 Following the establishment of the wineries, the Baron decided to build a factory to manufacture glass bottles. He left the supervision of the work and its administration in the hands of a chemist, Dr. Meir Dizengoff, and sent him to France and England for training in the glass industry. Upon his return to the Yishuv, Dizengoff decided, in consultation with the Baron, that the factory would be located on the sands of Tantur for a number of reasons: the raw materials could be found right there; the products could be distributed from the future port that was envisioned in the Dor bay; and it was close to Zichron Ya’akov and its managers. About 30 Jewish workers and craftsmen were recruited and brought from overseas, and a residential area was built for them near the factory. By 1893, the factory had already manufactured some 20,000 bottles and by-products (cups, plates, etc.). Nevertheless, the factory had to be closed two years later, largely because of organizational difficulties following an outbreak of malaria.

In 1980, members of Kibbutz Nachsholim rehabilitated the structure, and over time it became a museum that displays, among other things, works by glass artists from Israel and abroad.