The Only Constant is Change

It turns out that this was a blue season. Among all the waves of flowering that we are used to seeing in the spring, the most impressive one in the Nature Park this year was the cornflower. Flowering works in mysterious ways.

Despite the rainy spells that appeared this year in April and May, the waves of flowering in the Nature Park ended earlier this year than in previous years. The first ones to end their flowering this year were the red ones, and in their place we were witness to an impressive peak of cornflower blooms. How does this happen? What affects the flowering and the entire diversity of vegetation in the Nature Park?
In an annual survey, conducted for the last 4 years at Ramat Hanadiv, we monitor the abundance of flowers at different dates along the season, asking “What is flowering?”, “When”, “How much?” and “At what intensity?” This survey takes place in addition to a long-term study that has been in place for 15 years at Ramat Hanadiv, which monitors the composition and diversity of the vegetation at Ramat Hanadiv.
. 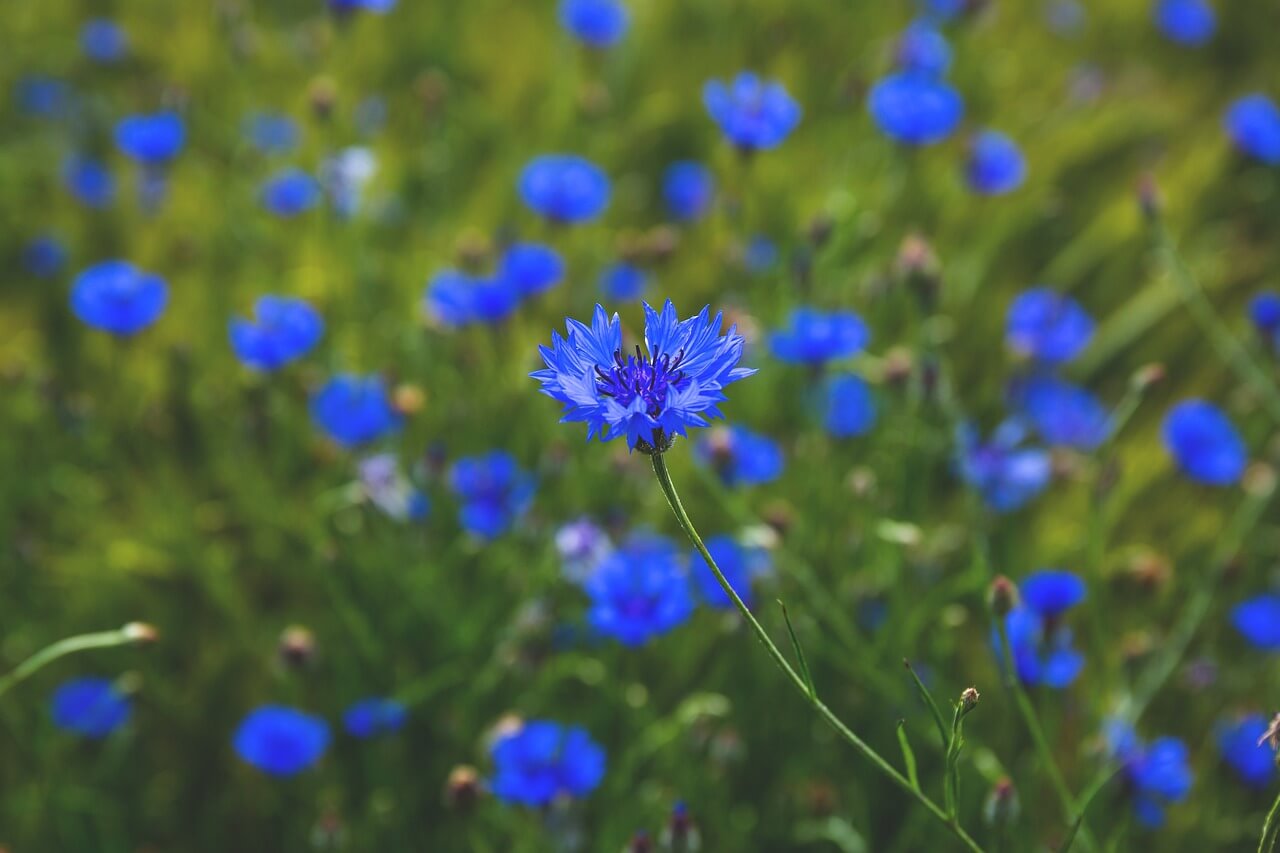 This year the botanical staff of Ramat Hanadiv set out once again to monitor the vegetation in the Nature Park. Liat Hadar and Yael Navon, from the research staff of Ramat Hanadiv, relate that right now, with the end of flowering in the field, researchers are working hard to analyze the entire database, as well as phenomena unique to this year.
At this stage they can already identify an interesting finding – this year, a year in which the rainy season was particularly long, the main waves of flowering ended at a very early stage with respect to previous years. For example, during the red flowering wave, Ranunculus asiaticus (Persian buttercup), which demonstrated impressive flowering in early April last year, finished flowering this year in mid-March. The yellow composites, known to flower late in the season, such as Picris galileae and Crepis palaestina, were at the peak of their flowering in early April last year, while at the same time this year there were only a few individuals in the field. And which plant always appears at the end of the season? Centaurea cyanus (Blue cornflower), whose flowering last year was sparse, produced carpets of impressive, abundant flowers this year! 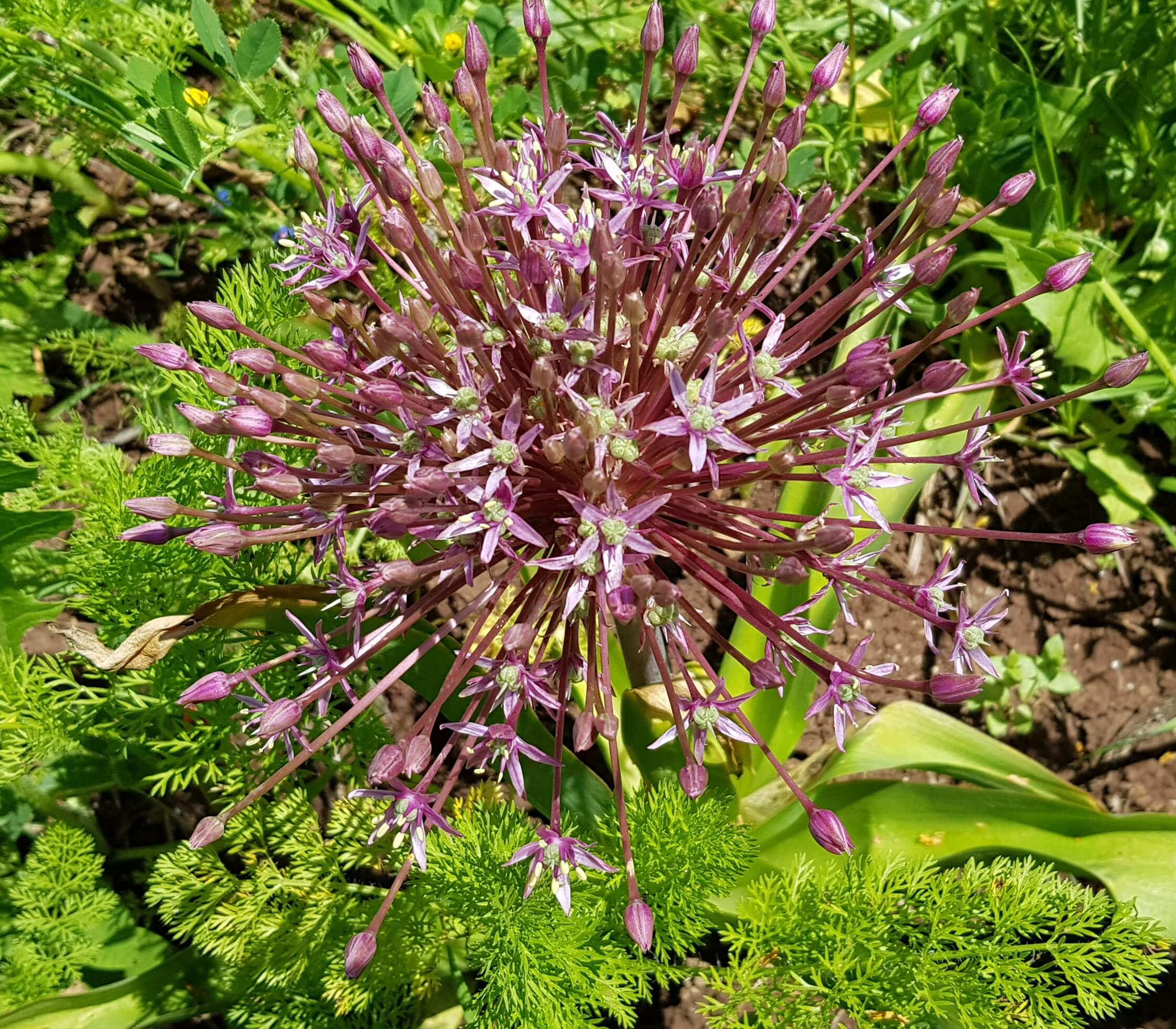 In addition, Raya Rudich, an experienced botanist who has been participating in the vegetation monitoring for many years, mentions that three rare plant species growing in the Nature Park – Allium schubertii, Coriandrum sativum (coriander) and Tetragonolobus requienii, made an impressive appearance this year with respect to previous years. The list of plant species growing at Ramat Hanadiv includes about 670 species, which comprise about a quarter of the known plant species in Israel. This list also includes species defined as rare at a national level, some of which – such as Salvia eigii or Lachnophyllum noaeanum – are even defined as “red” species in danger of extinction worldwide.he noticeable differences among years emphasize the importance of long-term monitoring, in different years, and comparing the findings with the amounts and distribution of rain and temperature.
The vegetation at Ramat Hanadiv in a way reflects of all of Israel’s vegetation. On one hand, there is “natural” vegetation that has survived thousands of years of human intervention and is in a state of recovery and rehabilitation. On the other hand, this recovery leads to dominance of the open landscape by trees and shrubs and suppression of the herbaceous species (mainly seasonal plants that create diverse carpets of flowers and contribute to very high species diversity).

The team in action. The monitoring work takes about two weeks in the peak time of the booming

To this picture we can add plantings of coniferous species (for example, Pinus halepensis, Aleppo pine) that establish rapidly in the Nature Park. The integration of cattle and goat grazing (that comprises part of the management efforts in the Nature Park to prevent local fires) makes the picture more complex.
The landscape heterogeneity creates a diversity of habitats and different niches for different plants and animals and thus supports high biodiversity across the entire Park. Studies show that a diverse landscape is usually preferred by humans. Similarly, diverse ecosystems are considered to have greater resilience, namely, the ability to cope with change and disturbance.

The ecosystem at Ramat Hanadiv is threatened by processes such as encroachment of woody vegetation, fire, climate change and the influence of humans at different levels, including accelerated urbanization. The effect of management treatments and different disturbances (such as fire, grazing and wood cutting) on the ecosystem are an example of the issues we deal with at Ramat Hanadiv.
In order to conduct long-term monitoring of the ecosystem in the Nature Park and manage the land to conserve local biodiversity in the best way possible, a “Long Term Ecological Research” (LTER) program was established at Ramat Hanadiv in 2003, as part of an international network of research stations monitoring long-term changes and processes in ecosystems. Within this framework, continuous monitoring is carried at Ramat Hanadiv on a range of important variables and organisms, such as gazelles, breeding birds or the diversity and richness of the herbaceous vegetation. In addition, climate data are collected from a meteorological station located in the Park. All the data are collated in an online database and are used as baseline data for the future. 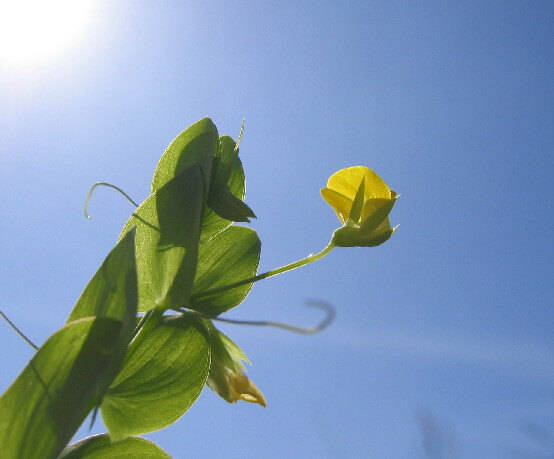 Vegetation monitoring at Ramat Hanadiv takes place every two years at the peak of the growing season, by a team of experienced botanists, assisted by students and volunteers. The monitoring is carried out with the aim of studying the long-term effects of cattle grazing and climate change on species richness and diversity and the vegetation composition in the different habitats around the Park – which species or groups characterize the vegetation each year (plants with bulbs and corms, cereals, legumes, climbers etc.). Data analyses focuses on changes in the vegetation around the park, while comparing the diversity and composition of the vegetation in the same plots in different years. The work takes about two weeks, during which the plant species growing in the different plots are identified, including new species appearing in a particular year.
One of the important things we have learned during the 15 years of monitoring the vegetation in the Nature Park is that conserving landscape diversity by different means, such as grazing and vegetation thinning in different ways, allows long-term conservation of the presence of all those same species in the Nature Park – even if some of them “skip” a season and appear only in the following year.

Now that we understand that change is the only constant in nature, we are already curious as to the surprises that will appear during the next flowering season. Prepare for an update from the same time and place next year.

Resisting the Next Fire

Resisting the Next Fire

May to October are the hot months for nature in Israel. A fire that broke out at Ramat Hanadiv in May 1980 and destroyed one third of the Nature Park generated far-reaching changes in the management of open landscapes in Israel. Prof. Avi P...

Science and Technology at Nature’s Service

Science and Technology at Nature’s Service

Climate change carries predictions for reduced amounts of water in the future, and we’re keeping our finger on the pulse. Using advanced technological methods, we’re studying the state of water in the soil and plants over time. 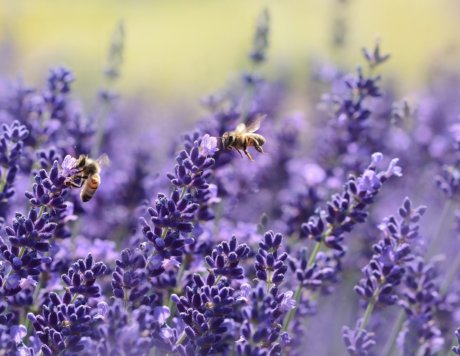 While the bee has been declared the most important animal in the word, public awareness about bees is seriously lacking. Bees, which are responsible for a third of what we eat, and disappearing. In honour of World Bee Day, on 20th May, Rama... 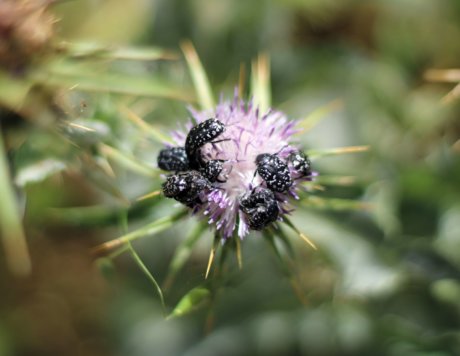 A new facility for collecting flying insects, which was recently installed at Ramat Hanadiv, will contribute to research on the disappearance of these insects throughout the world. The insects collected by the facility are studied at the En... 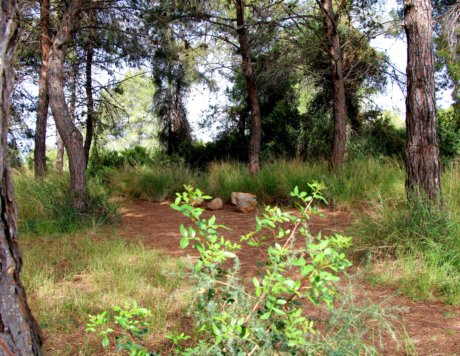 Immersing in the Forest

Immersing in the Forest

At the heart of the Nature Park at Ramat Hanadiv, about ten minutes’ walk from the car park, “A Silent Space” awaits you: a magical nook in the forest welcomes you for a relaxed stay. You are welcome to come and become addicted to the silen... 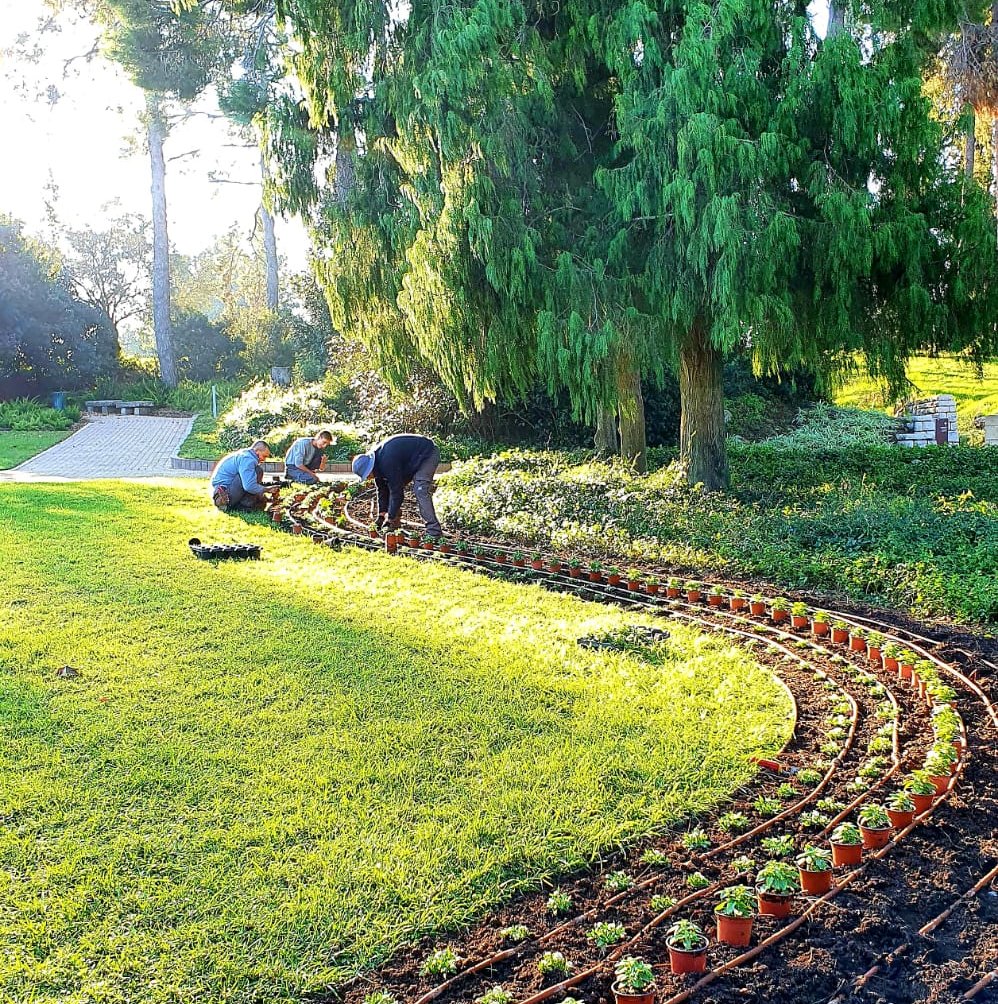 Have you ever strolled around the gardens and asked yourselves who’s responsible for all this beauty? How the magic works? We present our gardening staff – a small group of diligent, happy people who plant, prune, irrigate, and ensure that ... 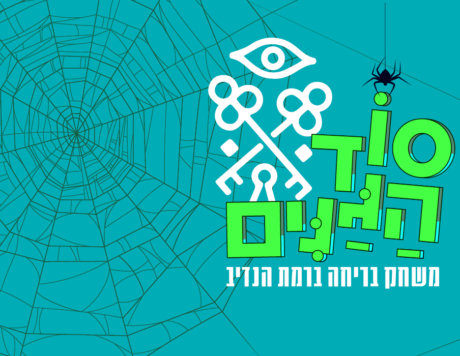 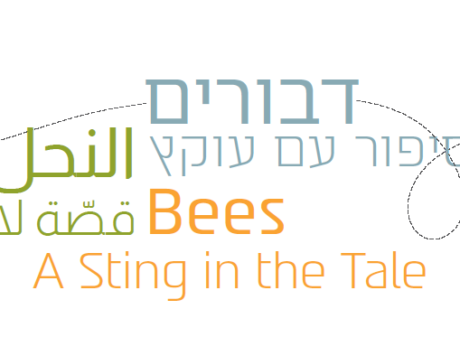 Bees – A Sting in the Tale

Bees – A Sting in the Tale

Why Bees? Of all the animals, bees were chosen by the Royal Geographic Society in 2019 as “the most important animal in the world”.
What makes bees so important? What dramatic phenomenon related to bees has taken place in recent years? 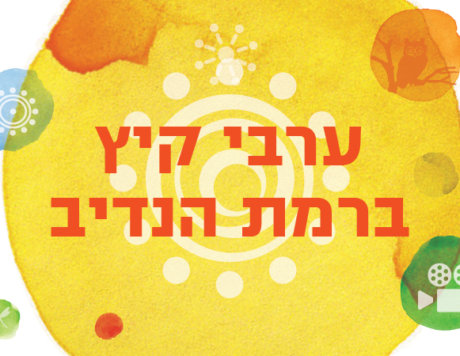 ON TUESDAY EVENINGS IN AUGUST, ENJOY A SELECTION OF ACTIVITIES ON THE GRASS, A PERFORMANCE IN THE AMPHITHEATRE, AND SPECIAL WORKSHOPS