I love nature and I like animals, but spiders, to be polite, were never my cup of tea. So if you are like me or even just kind of like me, there’s a high likelihood that this article will reveal to you a magical world. Spider wisdom right under our noses. 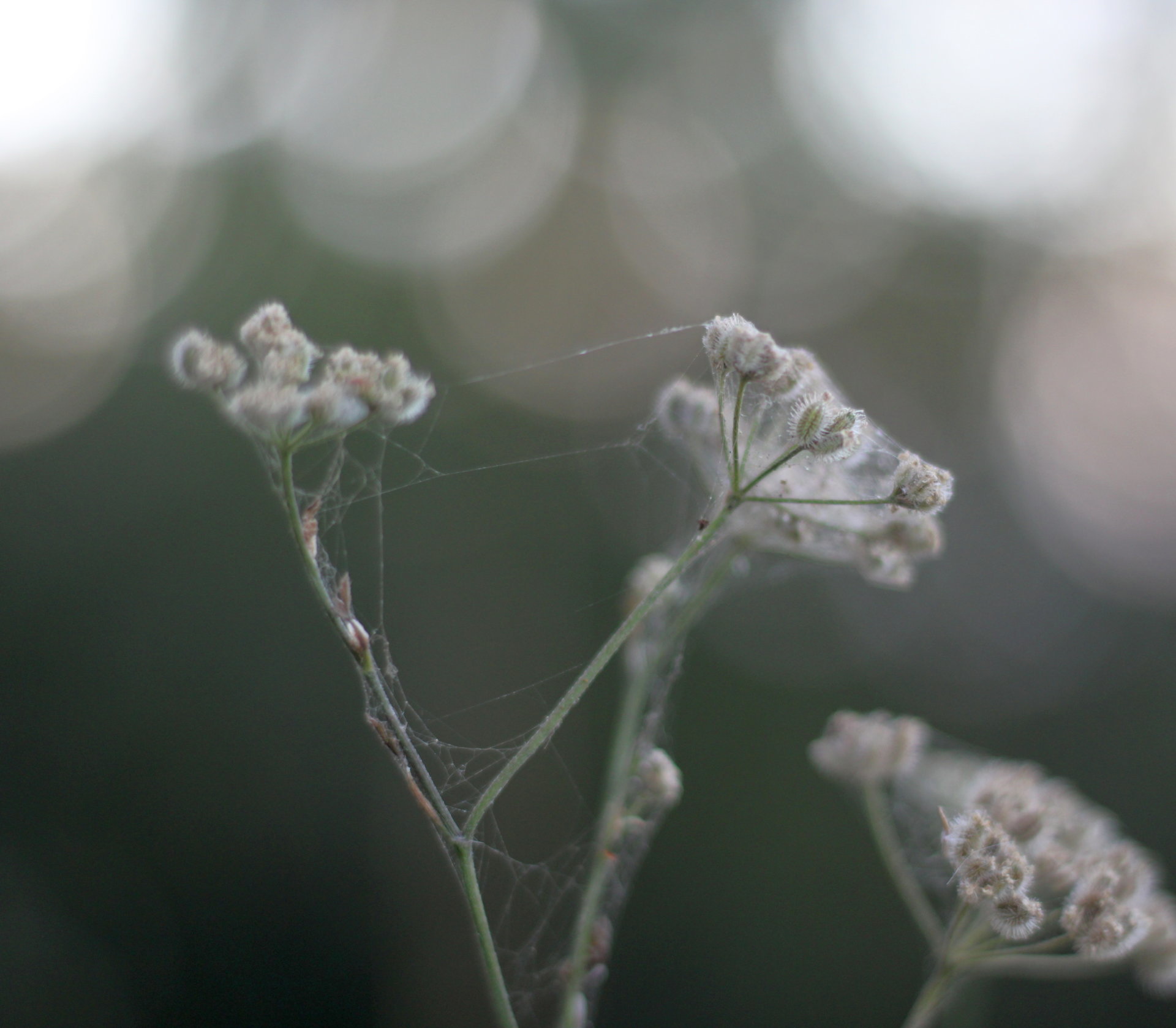 If there is anyone least suited to write here on spiders it is I. As it turns out, though, one can change at any age. If in the past the mere utterance of the word spider would send shivers down my spine, today I enthusiastically invite you to put aside preconceptions and stigmas for a few minutes of reading about a wisely mysterious world.

n this story the Spider defeats Cancer
Over several years of regular commutes to the research lab in the Technion, Dr. Nirit Assaf understood that what interests her most is not the lab itself but rather the journey towards it. And she is not being metaphorical, either. Rather  ” … the ascending hills of Mt. Carmel were quite seductive, so I would stop the car and walk about immersed in nature. It is there, in those experiences that I returned to my childhood love. There, I truly and finally connected. ”
One of Assaf’s earliest childhood memories is from kibbutz Yad Mordechai where she grew up. “In those days the (Kindergarten) Gan’s yard was not fenced in so when we would go out to play there as a group, I would continue walking towards the pine forest behind the yard. I had my own special spot. I remember clearly the pine scent and the sunlight peering through the needles.

“I would sit on the ground and look around quietly, just nature and me.” In ninth grade she collected spiders for a Biology project and in twelfth grade she was sent to meet with Professor Gershom Levi  r.i.p, a spider’s scholar and scientist at Hebrew University. Every two weeks she would drive up to the capital with a cardboard box chuck full of country spiders. In fact, today, some of the collection spiders at the Givat Ram Collection are Yad Mordechai species. 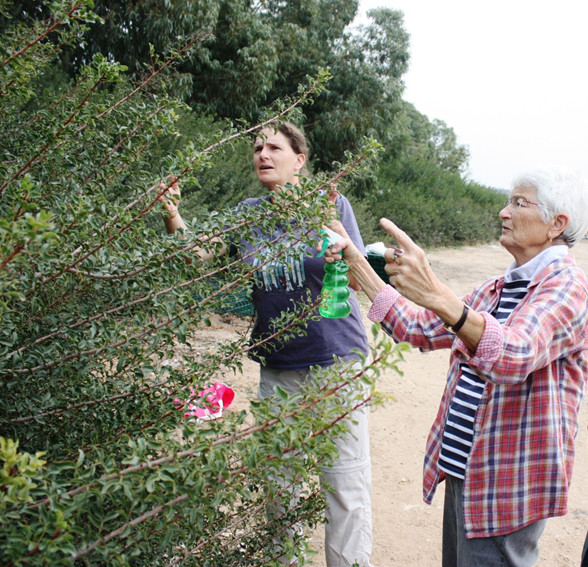 After teaching in a Field School as her army service, she started studying at Hebrew University and later on at the Technion. Years later, with a master’s degree in the field of cancer research and a doctorate in developmental genetics Assaf decided to leave everything and return to her childhood love, nature and spiders specifically. Her post doc was already written while at the spiders’ lab of professor Yael Lubin at Ben Gurion University. Today she lives in Kibbutz Maagan Michael and teaches in Seminar Hakibutzim and oversees Forest Education in the  Education department in Ramat Hanadiv.

Fear is an acquired trait

How do folks respond when you tell them what you do? After all, Arachnophobia is one of the most common phobias among humans. The Theory of Biophilia by Wilson , responds Assaf, teaches that children are born with a love for nature therefore it seems fear of animals is a gained fear, most commonly due to lack of knowledge. Assaf teaches about her encounters with students and their parents as well as educators. During some of these encounters, as soon as the animals would be exposed the mothers would clutch their children close to them. That speaks for itself. For a moment I felt awkward because I immediately saw myself among these mothers and realized how many anxieties we pass on to our children. So in the following lines we collated some interesting facts about this fabulous animal which may help change the way you think of and treat them next time you encounter one on your doorstep!

If a spider would knit a cob web around the world the length of 40,000 km, its weight would only be several dozen grams. It’s a brilliant patent, which is why folks have been trying to imitate it since long ago. 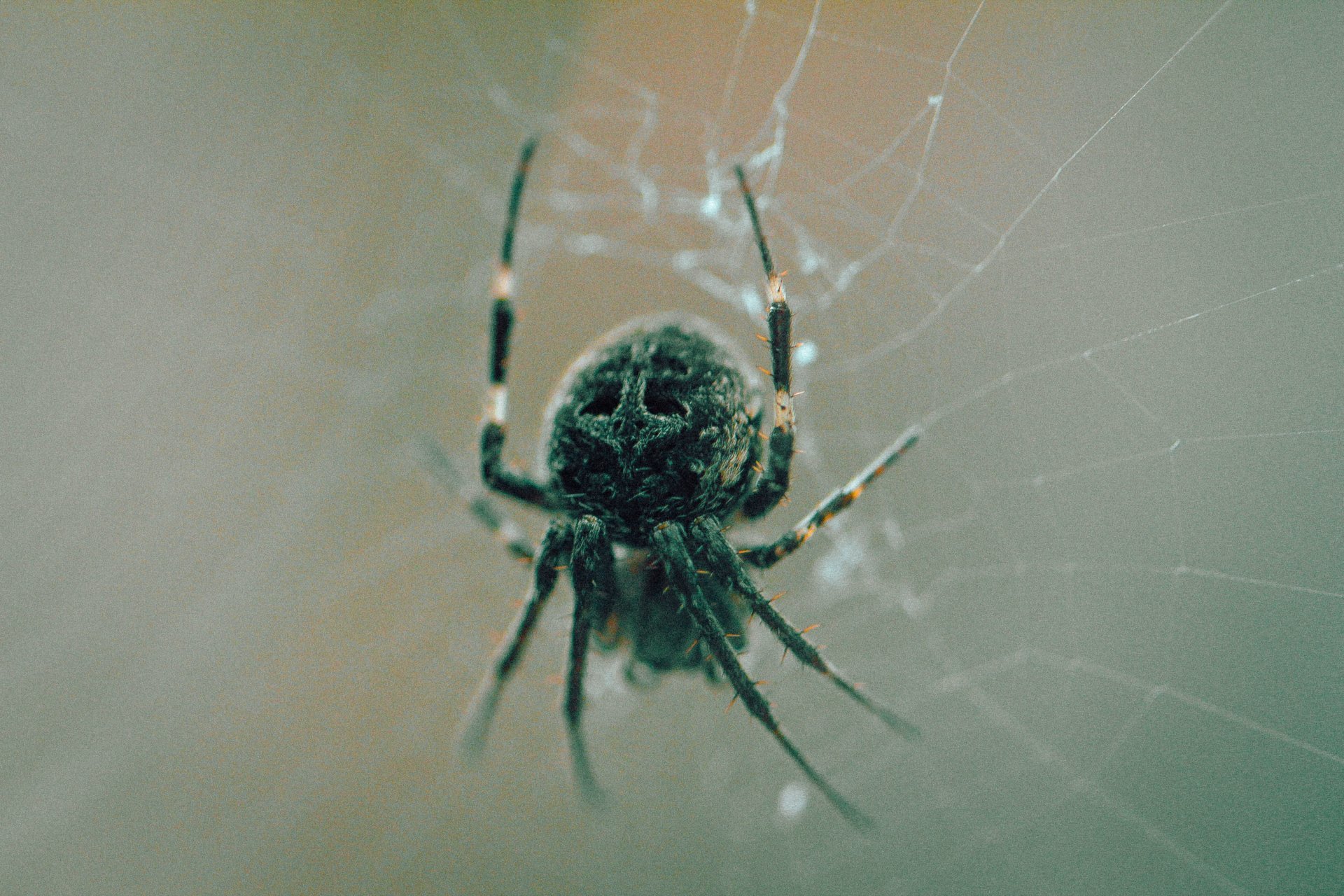 The Magic of Silk
Here are a few factoids that will likely make you think twice before vacuuming cobwebs in your home. It turns out all spiders create silk webs. And all webs are made of pure silk! It’s nice to know that they have an egalitarian social system—male and female fellows are all busy working on the silk cobs. At the edge of their bellies are six nipples. These are knitting nipples and each creates a different variation or kind of silk. Each thread is made of several kinds of silk. All spiders move through the world with a thread that is tied to their belly. Even very tiny spiders, as soon as they break through the egg shell, lift their bellies and releases a thin web thread with which it traverses the world and pollinates. This phenomenon is called ballooning. But why, in fact, do they need to create a cob? With the cobs they create the webs which trap their prey, in the form of varied insects. The silk cobs also serve as a covering for the eggs that the female spider lays and at times even as a sleeping bag for spiders.

Silk’s traits are rare. First, silk contains antibacterial materials and therefore it does not decompose.

spiders are not interested in hurting humans at all; we are hardly ideal nourishment for them! 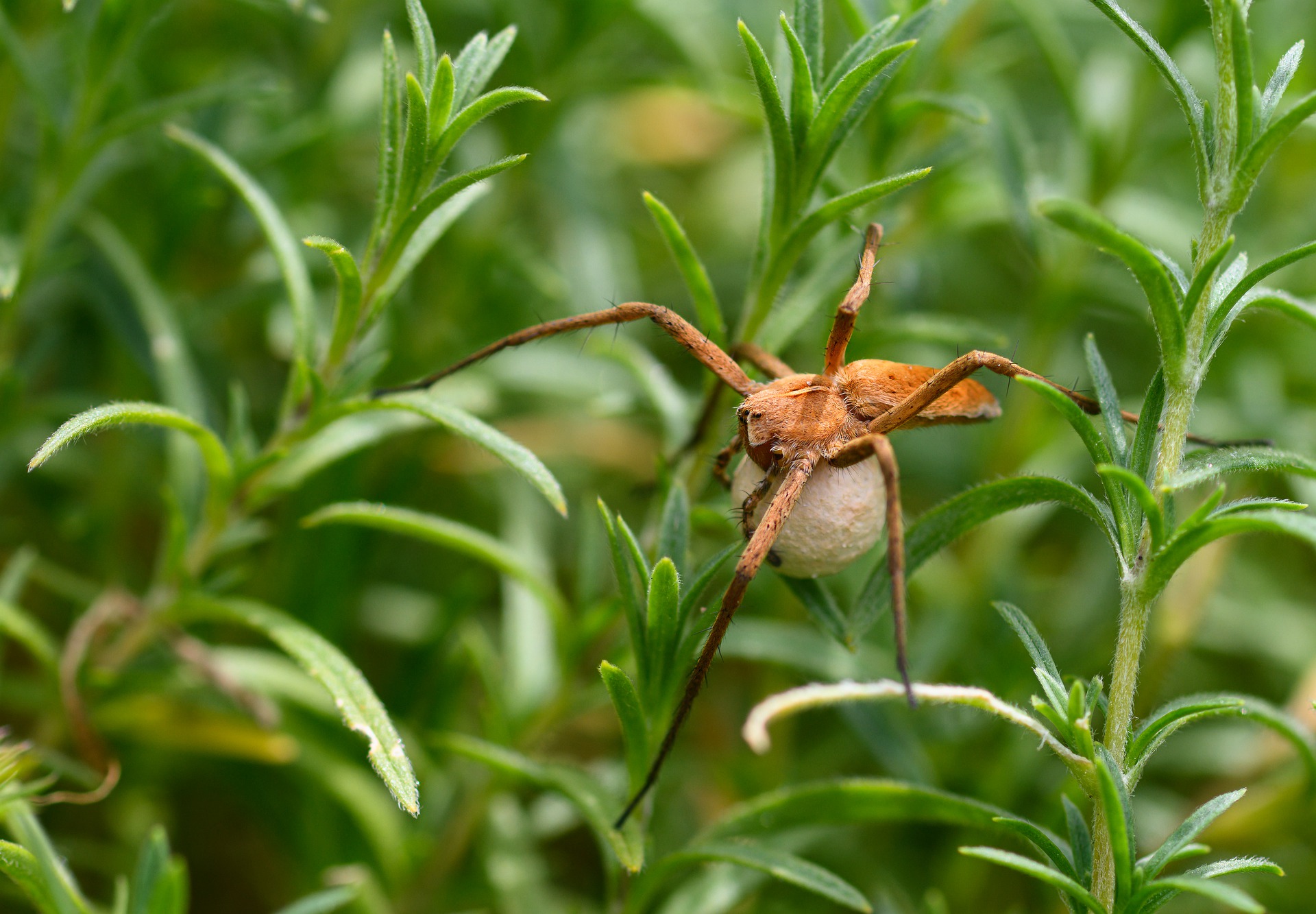 Image by Willfried Wende from Pixabay

Furthermore silk cobs are very strong and agile despite being extra light. If a spider would knit a cob web around the world the length of 40,000 km, its weight would only be several dozen grams. It’s a brilliant patent, which is why folks have been trying to imitate it since long ago.  Two major uses for this brilliant material and human’s fascination with replicating cobwebs. First, the use of the antibacterial threads in major surgeries. The second is an attempt to create a thread so strong, it’s appropriate for carrying heavy loads on airplanes. The trend and science of mimicking naturalistic characteristics and phenomenon for human use is called Biomimicry.

The Venom – the Wisdom of Spiders’ Diet
Imagine that every piece of food that would enter our mouths would already be in complete decomposed form digested and processed and we would only put into our mouths what our bodies need and would use. That’s quite a start up! Spiders’ metabolic system works exactly that way. The spiders’ venom has a metabolic function. It’s the critical component in their nutritional process. Its function is to break down food.

In the venom is a biological material that digests the prey externally. Spiders bite and don’t sting. The poisonous chemical is in the fangs through which they anesthetize their prey at which point they begin to digest it. 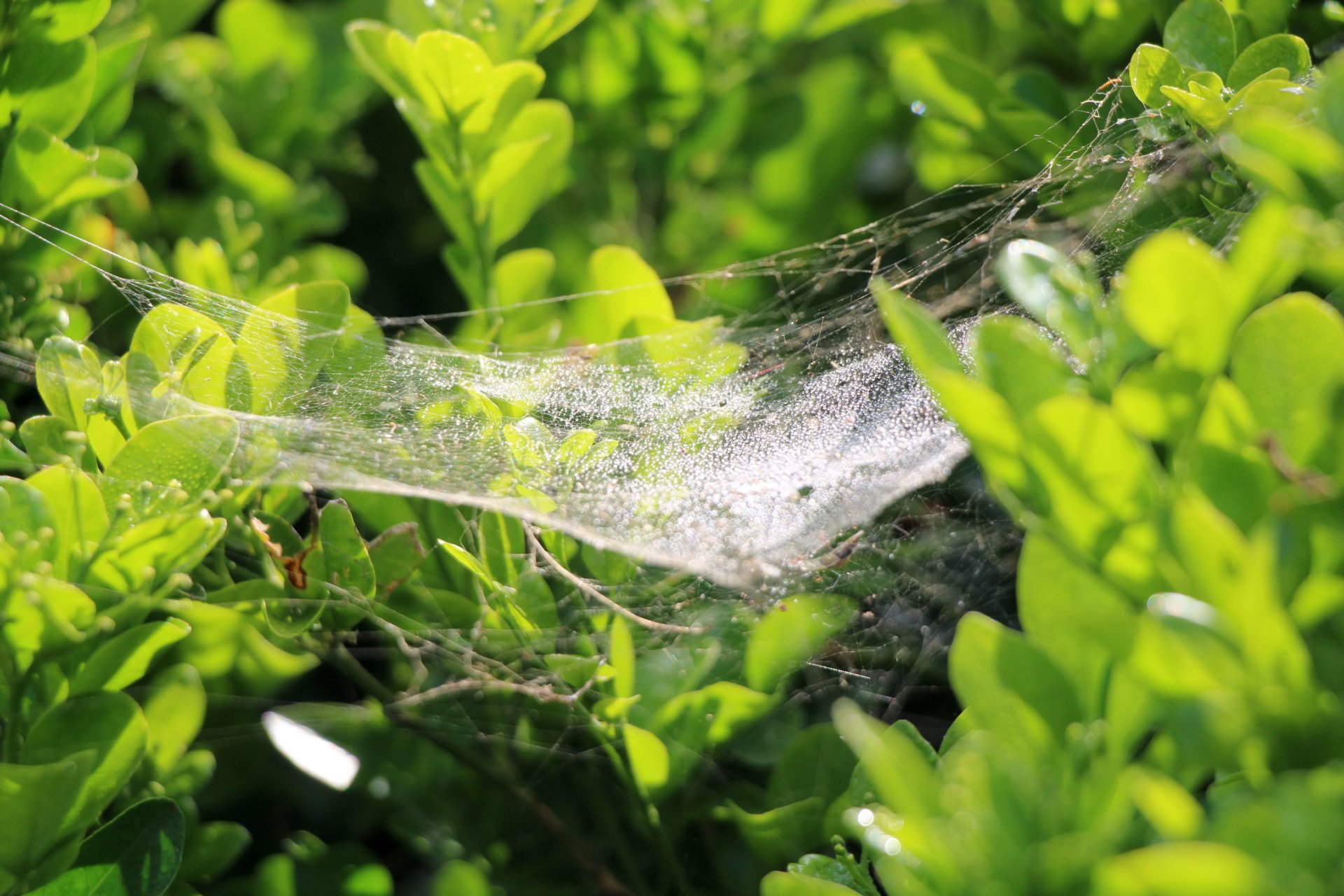 Spiders don’t eat, they only drink. The chemical that broke down the digestive process turns liquid. The spider attaches its mouth to this distilled liquid drinks all it needs and leaves the rest. Sounds brilliant, no?  It is unlikely that they deal with IBS… and if we are on the topic of venom, you likely wonder whether spiders are dangerous to humans. Well, here goes; most spiders have varying degrees of venom. Not all dangerous to people. In Israel there are two known species: Black Widow(Latrodectus tredecimguttatus) and Mediterranean recluse spider (Loxosceles rufescens). Nonetheless, spiders are not interested in hurting humans at all; we are hardly ideal nourishment for them! But since most of us don’t know to identify the different spider species—better safe than sorry, refrain from touching them with your bare hands. If one wants to look closely at a spider and make its acquaintance, it is recommended to capture it in a small clear plastic box. Observe respectfully, and then release it back outdoors.

We, humans, benefit from Spiders too!
At home, we now understand that spiders are the perfect natural pesticide as they particularly like flying insects. The field of biological extermination with the use of spiders has been researched for the past few years especially for agricultural purposes. The idea is to create a migration of spiders to relevant agricultural fields so that all stake holders are benefitting. 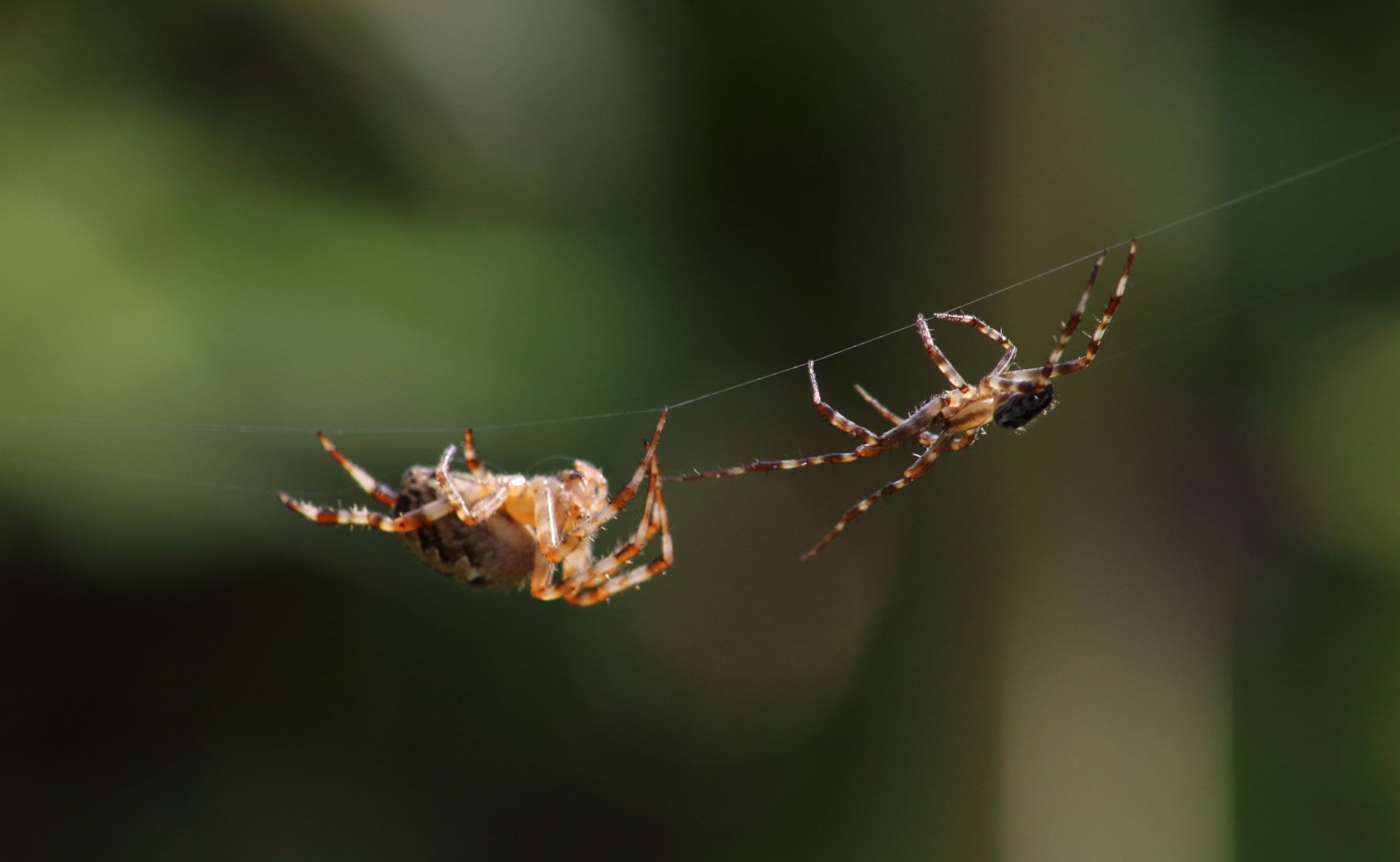 Learn how to be a gentleman from a Spider!
There will also be those who think that we have what to learn from Spiders in all things courting.  Courtship and mating season happens in spring time mostly. The male knits a special silk web on which it releases a bit of sperm. Afterwards it pulls two limbs called pedipalps at the end of which is a long slender rolled up tube. It holds the sperm and puts it in these tubes and with two such tube straws filled with sperm, it walks about looking for female mating partners. The more females it can find the better for the spider. The female has sexual openings in her stomach which only match the straws of male spiders of her own kind. Now the male spider has a major challenge; how is he going to convince and lure a female spider into letting him penetrate his sperm into her stomach? Well, that depends; is the female spider hungrier for food or for sex? If she is very hungry the spider might find itself as her prey before it can penetrate to mate with her.

Some particular savvy spiders try a bit harder and bring with themselves a dead fly as a nuptial gift. While the female drinks the culinary gift, it uses the time to mate with her.  In short, he comes out a gentleman and a ‘stud’.  Conclusion: a culinary experience on a date never hurt anyone…

And to the few brave ones who have read to this point here are a few extra factoids about spiders: 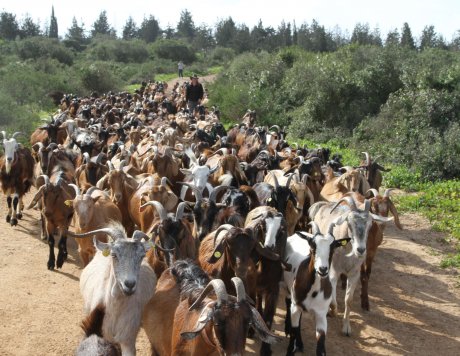 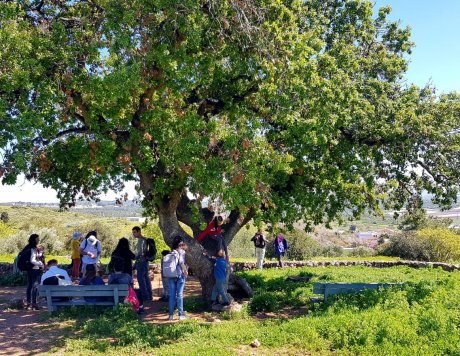 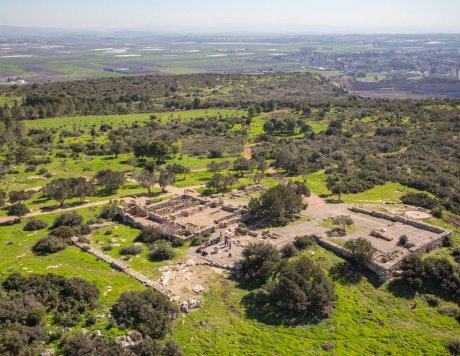 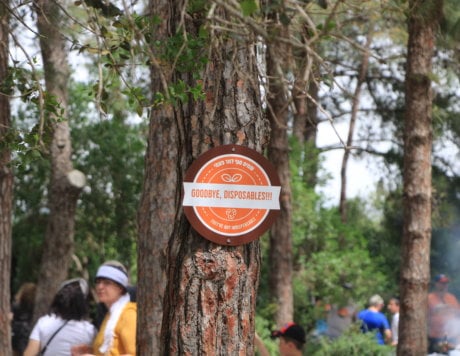 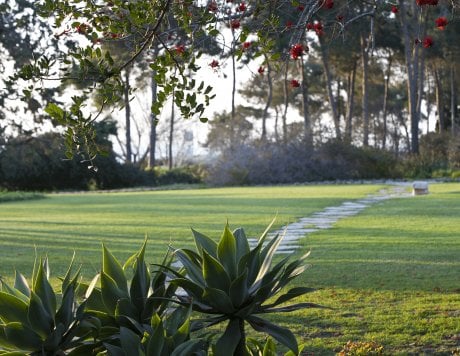