Nitrophilic thistles such as milk thistle (Sylibum marianum) and Syrian thistle (Notobasis syriaca) encroach rangeland areas where animals gather and defecate, in particular around watering and feeding points. High densities of milk and Syrian thistles (MST) diminish forage yields and detract from the amenity value of these areas. 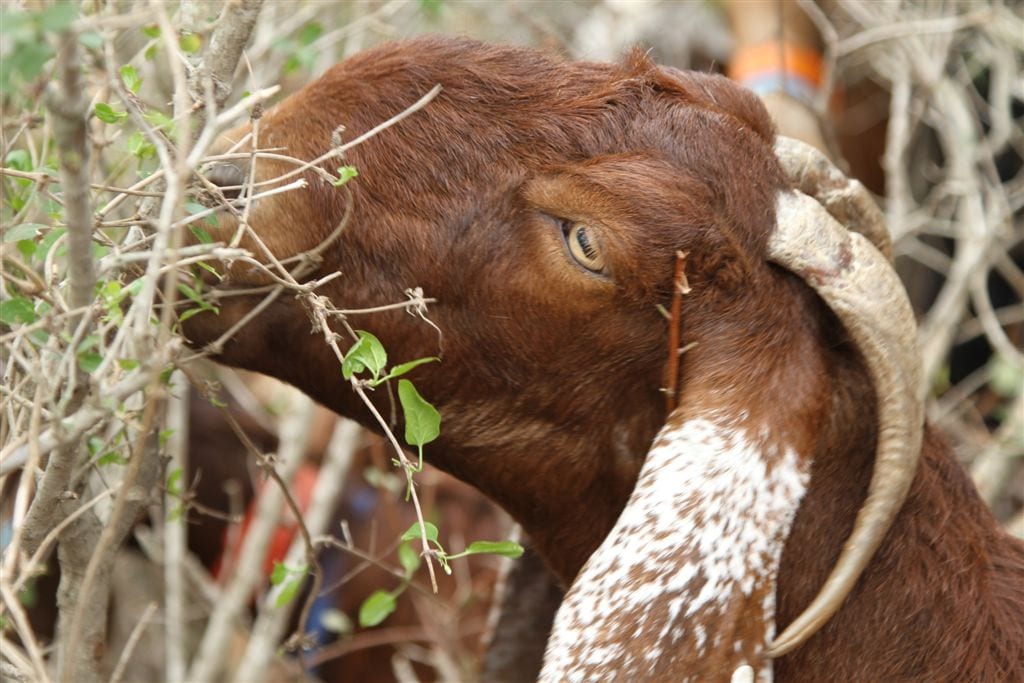 The aims of the present study were:
i) to test the safety of feeding MST to adult goats;
ii) to determine if preconditioning adult goats to MST, by feeding it indoors together with concentrate, enhances preference for MST when they graze MST-rich pastures; and iii) to test for generational transfer by comparing the propensity to consume MST and the preference for MST over clover hay for weaned kids that previously suckled from does that were, or were not, preconditioned to consume MST fed as green fodder. We found that eating MST was not toxic to adult goats. Over six observation sessions of one hour, preconditioned goats devoted 50% more time to consuming MST than non-conditioned counterparts (30.3% versus 20.6%, respectively; P = 0.0005), and kids that experienced the preconditioning period together with their does tended (P = 0.08) to show a greater preference for MST over clover hay than their counterparts born to non-conditioned adults. Although the efficacy in depleting the seed bank has yet to be verified, from the point of view of the animal, goats may be used in targeted grazing of milk and Syrian thistles.